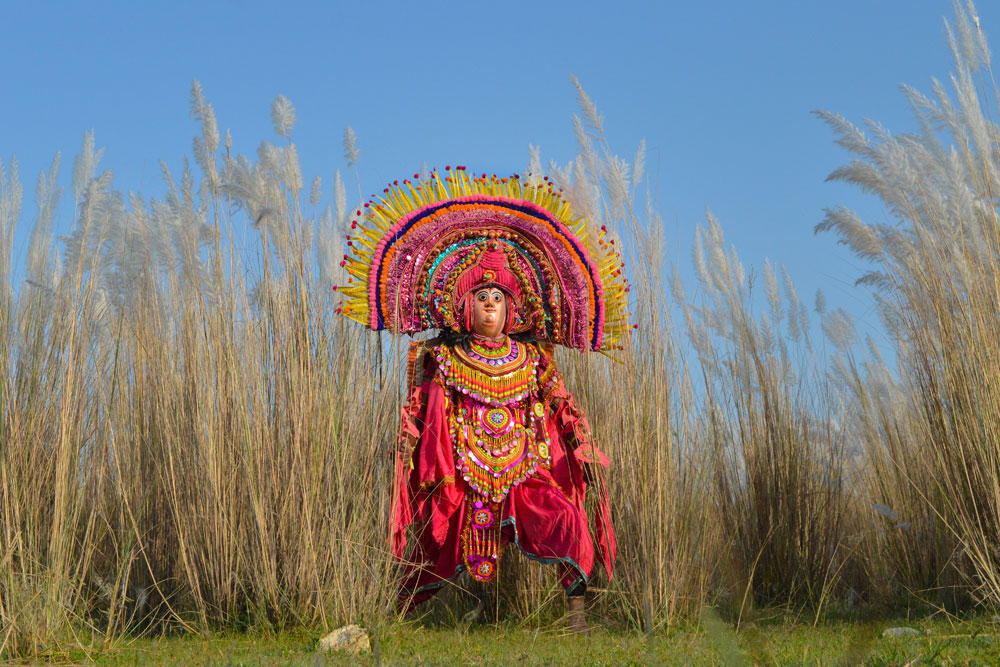 IN INDIA WE often pride ourselves on our oral history. It is the richness of our oral traditions that has given us our great epics. But the fact that we were historically more prone to pass on information by word of mouth, rather than writing it down, also meant that innumerable details simply disappeared over time. Our arts and culture have often faced the brunt of these omissions and absences. Try looking for information online on the ‘theory of the body in Baul philosophy’ and you will find very little of value. But now there is a website that hopes to fill in the blanks and create a body of knowledge while at it. It is called Sahapedia. Its ‘suffix’ is naturally borrowed from the venerable ‘encyclopaedia’, and then Wikipedia, which has boasted that it would provide ‘the sum of all human knowledge’.

But Dr Sudha Gopalakrishnan, executive director of Sahapedia, an online knowledge resource on India’s arts, cultures and heritage, is not unduly bothered with the drama associated with the suffix. With Sahapedia and its wealth of curated information on the artistic traditions of one of the world’s oldest civilisations, Gopalakrishnan is poised to bring integrity back to the ‘encyclopaedia’. “We want to tread a middle ground. We, of course, want experts to write on different traditional art forms but we won’t just be focusing on one specialised aspect of that art form. What we need to project is that a performance art is also a festival, a way of life. We want to make it accessible to the lay reader.” She explains the synthesis of the scholarly and the everyday as her two sources of inspiration which helped conceive Sahapedia. At one end of the spectrum is the Stanford Encyclopedia of Philosophy which impressed upon Gopalakrishnan the benefit of tapping scholars and specialists to get savvy, well-informed articles. And Wikipedia, for how it has attracted general readers around the world to record history.

Users of any persuasion can register and submit their writings, videos and photographs to Sahapedia’s most important section called ‘personal workspace’. After authentication by an in-house group of editors, the contributions are uploaded with due credit, and a shared pool of knowledge is thus created. Says poet and cultural theorist Ranjit Hoskote, “Something like this makes you rethink the question of who is an expert. It takes us back to the early centuries of encyclopaedia-making which had enthusiasts, autodidacts, some experts, some charlatans. Knowledge is created by a whole range of different people.” He adds, “I see Sahapedia as one more experiment in archiving and knowledge production. But it has to be one among other elements in an ecology, because the danger, I think, is also that you have forms of academic expertise that can become very constricting and exclusionary. I would welcome Sahapedia not as a replacement of academic knowledge but as something that supplements and is a counterpoint to it.”

The offerings of the portal, which went live on 23 April, include a video of a street performer from Kolkata enthusiastically reciting the epic poem Ramcharitmanas as well as members of the Padhar community dancing to Raas folk tunes in a remote corner of Gujarat. There is an upbeat performance of Chhau at the Seraikela Royal Palace in Jharkhand. One will find a folk dance in Maharashtra by female farmers as they dehusk rice, posters of all the films made by Satyajit Ray along with their musical transcriptions, articles, interviews and books on the food culture of colonial Bengal, even an 1873 recipe book from Maharashtra. Videos of political cartoonist EP Unny’s interviews to go with a demonstration of his drawings, legal articles on censorship in documentary cinema, a walk-through of the Yamuna Biodiversity Park with an expert—all this and much more put online by researchers and non-experts within and outside Sahapedia has reinforced the meaning and ethos of the word ‘Saha’, Sanskrit for ‘together with’.

As actor, director and publisher Sudhanva Deshpande said on the eve of the launch of Sahapedia, “We are living in times when a shrill and spurious kind of nationalism is being thrust upon us. It is a great assault on all our syncretic traditions. In such times, an initiative like Sahapedia acquires an added edge. It is absolutely vital that all of us pitch into platforms like Sahapedia , and that becomes one of the ways in which some of us can resist this attempt to paint all of Indian culture with one brush and one colour.”

Currently, the website hosts 5,000 different elements, including articles, video and audio clips and images under 10 broad themes like Knowledge Traditions, Visual and Material Arts, Performing Arts, among others, on modules as diverse as Chola Temples to Kolam. This offers us free access to the world of South Asian cultural heritage in a more dynamic and engaging way. For example, the module on Chhatrapati Shivaji Terminus , Mumbai’s landmark railway station, provides an overview that grabs your attention by landing a nifty bit of trivia at the outset about how CST ‘is the second most photographed building in India after the Taj’ and goes on to show audio-visual interviews with historians and a virtual tour of the station, unlike a long, drab article on Wikipedia with ‘information’ on platforms and ticket booking offices.

The website has roped in prestigious institutions like National Centre for the Performing Arts, Mumbai, National School of Drama, Delhi, and Archaeological Survey of India to bring their vast repositories of archival knowledge into the public domain.

Oral history, generating content in multiple Indian languages and heritage education are the three key areas that Sahapedia wants to focus on. It has a core team of young researchers, editors and IT professionals, with many research affiliates making field trips to remote parts of the country to record and document obscure performances and ritual festivals. Asked about the possible challenges, Ashoke Chaterjee, former executive director of National Institute of Design and a mentor to the project, says, “The area of knowledge Sahapedia is attempting to cover is so huge that the sheer management of it would be a big task. Networking with existing institutions for their archival wealth and encouraging them to link up with it, working out the sheer technology of that will be formidable. And thirdly, the challenge of language. It is absolutely vital that such a resource be available in multiple languages. Translation, therefore, will be a major issue.”

Gopalakrishnan, who has devoted her life to nurturing the arts, seems ready to negotiate these possible impediments. Born to parents who were Sanskrit scholars, she is a trained Kathakali dancer. She completed her Master’s in English Literature and went on to do a PhD in Comparative Drama, co-relating the comic aspects of Bhasa’s Sanskrit theatre with Shakespearean theatre. With an abiding interest in Kerala’s performing arts, she has written the seminal Kutiyattam: The Heritage Theatre of India (2011). At the Sahapedia office in south Delhi, just the day before the formal launch of her passion project which has been five years in the making, Gopalakrishnan is a picture of composure. She effortlessly discusses multiple art forms and tells Open the website is “only a work-in-starting and not a work-in-progress”—reflecting the rigorous work ethic of her Kathakali days, now playing out on a much larger platform. “We are an initiative that has come at a time when it is most needed. We now have to search out people and institutions that are open-minded about copyright-free content. We want to create a psyche where people come to believe that parting with knowledge doesn’t cost anything. It only adds to their credibility.”

Her epiphany arrived when she discovered the beauty of Kutiyattam. “It was like a world revealed. It was so fascinating. The scale Kutiyattam takes in interpreting movements, situations—it is something that has to be seen to be believed.” She once led a successful nomination dossier for acquiring a UNESCO ‘Intangible Heritage’ tag for Kutiyattam. Students and researchers of the discipline still refer to her book and write to her to understand the nuances of this ancient tradition of theatre. She is confident that Sahapedia will endure, for the portal will be her ode to the numerous art forms that people are not very familiar with, just like Kutiyattam once was.

Sahapedia can be a game-changer in the field of arts and heritage education if it makes use of its interactive features to the fullest potential. The key lies in lively content curation and lucid explanatory notes, apart from an aggressive social media strategy which does not preclude offline events.

It already has an enviable following. Look up Google and you will discover that KK Ramachandra Pulavar is already a noted exponent of Tholpava Koothu, a type of shadow puppetry from Kerala. He is one of the 15 remaining artistes of the ritual art form dedicated to the Hindu Goddess Bhadrakali. Now Gopalakrishnan’s project has given him a burst of fame. Says Pulavar, “I think our form of puppetry gained greater popularity once Sahapedia recorded our full performance last year.”