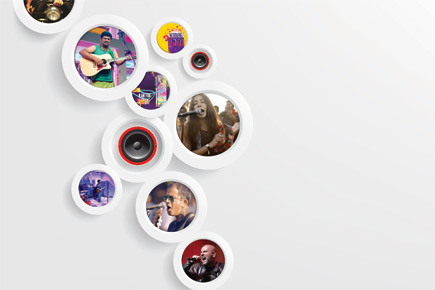 The first video I watched on MTV, in 1996, was Soul Asylum’s Runaway Train. It gave me a peek into American culture, though it wasn’t pretty; the song was about kids running away from home and landing in all sorts of trouble. Then came Ugly Kid Joe’s Cats in the Cradle, which was about parental issues. America seemed to be going through some issues of its own, but MTV India was heaven to 14-year-old me. Michael Jackson and Madonna videos made me a pop tart for life.

Discovering MTV was a defining moment in my teenage life. I was finally a part of the MTV generation, which was defined by the music they listened to. But somewhere down the line, the music ceased to matter. Indian pop artistes came and vanished, and Bollywood became the only music that was viable on TV. Then came the era of reality TV on MTV, and most of my generation stopped watching the channel.

But with the launch of Pepsi MTV Indies (backed by Viacom 18), now on air, MTV is having a homecoming of sorts. It’s coming back to the music—all Indian, but music alright. MTV India Business Head Aditya Swamy, however, says it’s not about coming back to the music, it’s just about giving viewers what they want. “When I first went to college, I was asked what music I listened to. Now that was a loaded question, as it defined you. But later, the youth was defined by much more than just their choice of music, and that’s how MTV changed. That explains the success of Roadies.”

What Swamy started when he took over three years ago—MTV Roots, Coke Studio and Sound Trippin, for example—grew to become Pepsi MTV Indies. “MTV India is about pop culture, and MTV Indies is about sub culture. We want to showcase things like graffiti art, fashion, filmmaking, stand-up comedy—the works. This channel is not meant for the core Indie fan, who already knows [his or her] music. It’s meant for the Bollywood fan, who suddenly switches over and discovers something new.”

Switch on Pepsi MTV Indies and you are struck first by its cool design. It’s got cutting-edge graphics and a new-age look. There are no VJs, just a lot of music, and Pepsi ads, as it is the main sponsor. There are segments called Don’t Kill My Vibe, The Art Behind the Music and Balcony TV (where bands play in open spaces). The music is varied—from the Raghu Dixit Project to Delhi-based Them Clones to metal band Scribe and Ankur & The Ghalat Family (also Yo Yo Honey Singh).

The channel’s mantra seems to be non-Bollywood. Some music is great—for example, the mellow Zephyretta by Them Clones will delight you—and some needs serious work, like Thermal and a Quarter and Bay City Lights’s Needy Greedy, which tries to be a Timberlake production and fails. But Programming Head Ankur Tewari says it needs to be ‘honest’. “That’s my filter as programming head—that your music needs to be honest. Indie to me is honest art not governed by the logistics of financing. I like artistes being honest and then becoming commercial, but don’t try and be commercial under the garb of being honest.”

Tewari says the channel’s office has been inundated with videos, films, etcetera, and that the whole team watches everything. “We want to showcase graphic artists, filmmakers, musicians—everybody who is doing something creative. It can be a fashion trend, you know? Many people like Only Much Louder (the guys behind NH7) and bands like Pentagram had already started the Indie wave. We are just taking it ahead.” Pepsi MTV Indies will have a web presence as well as a social media one, but, as Tewari says, “It’s quite exciting for a young band to be on TV, and MTV, Pepsi and Viacom just give so much credibility.”

Surojit Dev, drummer of Them Clones, whose Zephyretta is a track you need on your iPod right now, still remembers going to his neighbour’s house to watch MTV on cable, growing up in the 90s. “Along with the music, I loved MTV News, which glamourised rock and pop stars and everything associated with them. Then there were VJs such as Danny McGill and VJ Nonie—they were so fascinating.” The fact that their song is now playing every few hours on TV has brought the band attention. “People are noticing it. We have got reactions on social media. But that’s what a channel like this can do—anything non-Bollywood needs a platform like this. There was a time when we were struggling to play all originals on a set, but the Indie scene has really picked up and this is adding to it.”

OML co-founder, consultant to the True School of Music and member of the popular but now defunct Mumbai band Zero, Girish ‘Bobby’ Talwar remembers MTV being his only association with non-commercial music as he grew up. “I remember watching the video of Indus Creed’s Pretty Child and it’s etched in my memory. It was awesome that an Indian band was playing good music and had a great video. MTV was a godsend.” Talwar, who has played a major role in spreading the culture of music festivals in India, thanks to NH7, feels that Pepsi MTV Indies is vital because “the minute a large media house or known entity backs a moving culture, everybody else notices it as well. They pay heed and now others will pay heed.”

India’s indie scene is full of young acts, some of whom never saw the original MTV India and have only heard urban legends about it. They are the reality TV and YouTube generation, who seem to think that though Pepsi MTV Indies could be a boon, it may have come too late. Abhinav Krishnaswamy, 24, guitarist of Chennai band The F16’s, says that no one really watches TV anymore. “I am glad there is a channel like this, but is anyone watching TV anymore? Everything is online. Also, we need much more content— right now, the same playlist gets repeated every few hours. And then there is Punjabi music!” But as a member of a band, Krishnaswamy is glad for all the avenues Indie music can get. “It just becomes easier for us if there are more platforms like MTV Indies.”

Rohan Rajadhyaksha, a 20-year-old vocalist for Mumbai-based Spud In The Box, agrees on the futility of TV, but says that since Pepsi MTV Indies has a great online and social media presence, it’s a great avenue. “They are strictly sticking to the music, which is what musicians need.” Asked if commercial backing by a brand like Pepsi dilutes one’s Indie status, Rohan laughs, “No way. I need to get my music out there and I need resources for that. I need a brand for that. I don’t pretend to be a hipster who is making music but doesn’t want to collaborate with a brand. We as a band are not too cool to ask people to buy our music or come for our shows. We want people to hear us, and brand association is necessary for that. That’s the way it works.”

As I watched Pepsi MTV Indies, it reminded me of the good old days when music channels were all about music. It sets the stage for all the non-Bollywood, non-commercial music and art India is producing, and that is why we should care. The rest is just logistics.