Why he is still a hit in India 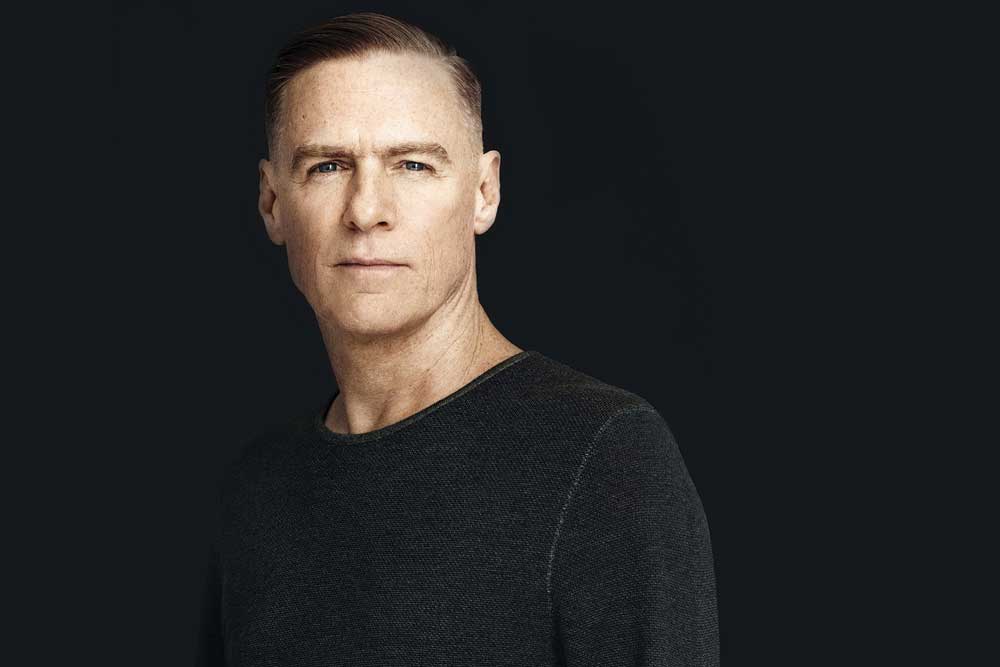 AT 46, CANADIAN premier Justin Trudeau couldn’t quite make the cut when he touched down in India this February for a seven-day visit, thanks to ties of his Liberal Party with Khalistani separatists. Eight months later, it is the turn of a 59-year-old balladeer from Ottawa, Canada, to rock the Indian stage. Going by the 100 million-plus albums Bryan Adams has sold worldwide and his mass popularity across generations in India, maybe he can.

His India visit would be the sixth to the country and a part of global ‘The Ultimate Tour’, the 19th concert tour by the Canadian singer in support of his sixth compilation album, Ultimate, which could well be his last. In a recent interview to a TV channel, the soft rock legend said that CDs may not exist in a couple of years and this could well be his final album. Even if music does become platform-agnostic, Adams will continue to dominate the jukebox of the mind for some time to come, though the long hiatus between his albums comes in an era when rock ‘n’ roll is on the wane. But Adams is not your typical leather jacket-clad, tattoo-sporting rocker mouthing inanities and threatening to take over a culture. Everyman Adams’ lyrics are simple to the point of being bland. Delivered in a gravelly rasp with ingenious orchestration, they’re enough to explain his mass appeal.

Between his rather banal lyrics and feet-tapping melodies is an ability to entertain. The chemistry he strikes with the audience, even when pushing 60, is laudable. In 2014, when Adams embarked on the 30th anniversary of his Reckless tour in Glasgow’s Hydro Arena, there was a distinct disconnect between his band members and what they were rendering. As the band went off-track, Adams and guitarist Keith Scott traded phrases and did some real on-stage improvisations to get the show back in its groove. From the control in tracks like She’s Only Happy When She’s Dancin’ and his final mawkish solo Heaven, it became clear that Adams & Co have the capacity to feed off each other and hold their nerve in trying circumstances.

Expect nothing short of some superb coordination and slick chord arrangement in front of an audience that swoons to Punjabi rap, techno and hip-hop when Adams slings his trademark six-string Stratocaster to reclaim his fan following in the country, belting out sheer nostalgia from the 21-track Ultimate album like Can’t Stop this Thing We Started, Run to You, Have You Really Loved a Woman, the anthemic Summer of 69, or his best-selling single that still holds the UK chart-topping record, (Everything I Do) I Do It for You.

Notwithstanding new business opportunities from streaming music companies, Adams is still living in the past. You can tell when a musician has aged when the only thing on offer is a box of best-of compilations. And Adams has been guilty of dishing the same stuff over and over for three long decades, Ultimate being his sixth compilation album. While he may lack the artistry of a Bruce Springsteen, his lyrical clichés and timeless tunes are sure to set the terms of endearment in India. Most of the smash hits in the album like Run to You, Here I Am or Please Forgive Me are devoid of intellectual stimulus, unlike Bob Dylan’s music that almost always had something to ponder, or Pink Floyd, for that matter, who perhaps couldn’t enter a recording booth without an existential crisis. And there are only two new songs in Adams’ album: Ultimate Love and Please Stay. For him, this is where the test lies—as a true musician, he has to score with the new numbers. He fails. While Ultimate Love hits the rewind button and reminds us of Billy Joel’s We Didn’t Start the Fire, Please Stay sounds a lot like a re-recorded version of Heaven.

As if familiar with repetitions and repercussion, the Kingston, Ontario- born singer-songwriter Adams has even channelised his creativity into photography. In the process, he’s clicked portraits of Queen Elizabeth II, Gorbachev, Salman Rushdie and innumerable beautiful women along with heart-stopping images of British wounded soldiers upon their return from Afghanistan or Iraq. He’s also rolled out the Bryan Adams Foundation, a non-profit organisation that helps young people and children find education and learning opportunities. Besides, he supports animal rights and became a vegan at the age of 29 (he never allowed his father, who lived with him until he passed away this year, to get ham sandwiches home).

Away from the glow of soft rock, Adams hasn’t stopped reinventing himself, and in this year’s musical Pretty Woman, he has composed and provided the lyrics along with his co-writer and long-time band buddy percussionist Jim Vallance, with whom he has been writing songs since 1978. As the story goes, a teenaged Adams used to borrow bus fare from Vallance, eight years his senior, 40 years ago in Vancouver so that the duo could get together to write. And they rode into history when Adams bagged a Grammy in 1992 for (Everything I Do) I Do It For You, albeit in the ‘Best Song Written for a Motion Picture’ category from the 1991 Kevin Costner- starrer Robin Hood: Prince of Thieves.

Though Adams grew up listening to Black Sabbath and Led Zeppelin, he had only a few songs on his turntable, including Down On The Corner by Creedence Clearwater Revival and a special section featuring Janis Joplin numbers. But what perhaps set the tone for his soft rock obsession was again a Joplin number, Me and Bobby McGee, and his quest led him to the original singer-songwriter of that song—Kris Kristofferson. With lyrics such as ‘Freedom’s just another word for nothin’ left to lose’, that Joplin song has depth. It’s also slow and eminently hummable. Adams found his genre but failed to resonate such lyrical poise. Yet he became a star and could well redeem Canada’s candour in the wake of Trudeau’s Indian misadventure. Bryan Adams, after all, has nothing left to lose.