A trained sculptor, Shilpa Gupta uses TV, video and the Internet to make sense of the reality that surrounds us so artfully 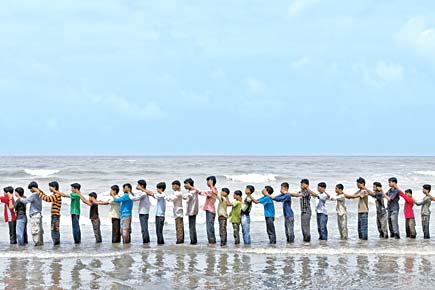 Though her work reflects the intri­cate complexities of cultural and politi­cal dynamics, Shilpa Gupta doesn’t want to be branded an activist artist.


Though her work reflects the intri­cate complexities of cultural and politi­cal dynamics, Shilpa Gupta doesn’t want to be branded an activist artist.

She’d rather be known as a regular person who creates simple narratives that engage the viewer. Critics, how­ever, rate her as anything but usual, as she be­longs to the rare breed of creators who have changed the way we perceive art.

Be it the religious website blessed-bandwidth.net, video projection of India maps created by 100 people in Mumbai to show their perception of conflict, or distribution of bottles of blood in local trains and buses as part of Blame to get peo­ple to look beyond race, Shilpa has always made unusual use of available media to make a strong point. “The reason I use TV, video, photos and computers is because they are familiar to the public. They are used to receiving information via the Internet and video,” she explains. This use of advanced technology and media also helps cement the relationship between the artwork, the viewer and the shared space. “Most people spend little time in front of paintings. But when they find their own shadows min­gling with simulated landscapes on the com­puter, they slowly become part of the unfurling narrative,” she elaborates. Ever since school, Shilpa has been in­terested in the making of meaning—how meaning travels and gets distorted. But in the midst of all this gadgetry, she doesn’t lose fo­cus of the humanness and compassion that one needs to have towards issues. “Take Looking at Kurukshetra, which is about our active reali­ty. This is a place where there are several tem­ples and sarovars dedicated to the Mahabharata. However, this stands challenged historically,” she says. The creation that was recently show­cased at Lalit Kala Akademi in New Delhi is a single photograph that portrays Shilpa’s jour­ney in search of the epic battlefield. A lot has changed since she graduated from the prestigious Sir JJ School of Arts in Mumbai as a sculptor in 1998. “There has been a move­ment towards discovering new media and get­ting the audience to participate,” says Shilpa. Her experience has also led her to discover new­er divisions in society. “Initially, I used to talk about divisions in terms of gender. But as I trav­elled, I realised that my brown skin was yet an­other division. That’s the way art works. You get a cue, ask questions, things widen up and then you discover something else,” she adds.