Does Dalrymple know what racism really is?

The ‘racism’ charge is absurd, and designed merely to deflect attention from the real issue. 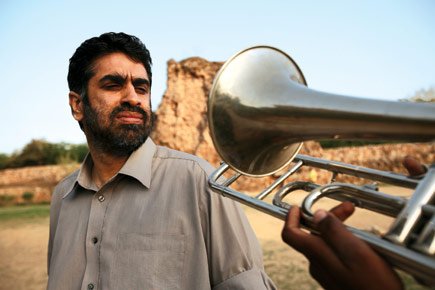 The ‘racism’ charge is absurd, and designed merely to deflect attention from the real issue.


Since the original article was published, the Dalrymple bio at the Jaipur Lit Fest website has been amended. The additions in the few days since I wrote my piece are telling. They include the Crossword Prize for Non-Fiction for The Last Mughal, the first Asia House Prize for Asian Literature for Nine Lives and the French Prix D’Astrolable for The Age of Kali. These additions only serve as a tacit admission of the truth of what I had written: ‘This director of an Indian literary festival does not consider it important to mention an Indian prize he may have received or an Indian publication he may have written for. His eyes are trained on the recognition that Britain’s literary world offers (even if there is the hint that commercial success in India has started mattering), and in that recognition lies his strength.’

Given his belated realisation of this truth, Dalrymple’s response becomes even more perplexing. I will ignore the snide remarks and innuendos that so liberally dose his letter, restraining my urge to reply in Punjabi, but I will answer a charge that cannot be glossed over—the charge of racism. This is the second instance recently that we at Open have been subjected to the argumentum ad hominem: Barkha Dutt and some of her supporters have suggested that the case against her was rooted in misogyny, and now William (his letter does imply we are on first-name terms), who has stated that my original article was ‘blatantly racist’. It is a serious charge, designed to deflect attention from the real issue. In elaborating this charge, William exposes the weakness of his case when he states: ‘If anyone was to suggest that Amit Chaudhuri shouldn’t judge the Booker Prize, or direct Britain’s leading creative writing course, because he was too Bengali… it would be regarded as blatantly racist.’

This is a complete misstatement of my premise. The equivalent of what I said would be the claim that ‘the fact that Amit Chaudhuri, a Bengali, judges the Booker Prize’ says something about the British literary scene. Of course, it does: it says something positive about a literary arena that had long been marked by exclusion. In the same way, I have claimed that William’s centrality (whether in Jaipur or otherwise), especially considering how he defines himself, says something about the Indian literary scene, except here it says something negative because the Indian and British literary scenes are not equivalent. The Indian literary scene is marked by a clear sense of inferiority to the British scene, and continues to be beholden to it. For this very reason William becomes a symbol of what is wrong with our literary life. This shouldn’t be difficult to understand. A Black man of Kenyan parentage as President of the US is not the symbolic equivalent of a White man of American parentage (one whose CV focuses only on his achievements in the US) becoming President of Kenya.

My argument about what William’s literary stature suggests may offend, but it is not racist. For a White British man living in a Mehrauli farmhouse (again an issue I have not raised while mentioning him, but one he has invoked) to use this term so loosely is to mock the experience of racism. Perhaps to understand the term he could turn to South Asian immigrants in Britain and ask them what they have faced over two generations (the Scots may have their own history with the English, but they did not reflect this history while relating to people from the Subcontinent either here or in Britain, as William should well know). William ends his response by stating that the ‘piece felt little more than the literary equivalent of pouring shit through an immigrant’s letterbox’. Actually, it possibly couldn’t—because William can never even begin to know what it means to suffer the indignity he so easily cites in his defence. I have had to stand in a London tube as drunk football fans pouring out of a match called into question the race and origins of people such as me. Even that is the mildest possible form of racism; certainly the term does not extend to an article that punctures a man’s vanity.

He then claims that if an English publication ‘published an unflattering cartoon of, say, Naipaul dressed as an English lord, mocking him for setting himself up as a Brown Lat Sahib in Wiltshire, that magazine could potentially be taken to court’. Is he really arguing for an environment where such a cartoon is not allowed? Should I remind him of a few cartoons in Denmark that were absurdly made a test case for freedom of expression? Is, then, William’s case that British writers and Danish cartoonists have a right to offend but require protection against being offended?

The censorious William doesn’t stop here. He suggests I do not believe half of what I have written. He can keep hoping. Strangely, he doesn’t seem to understand that one of the points of the article is that I do not want people like him speaking for me. Nor does he seem to understand that the article was designed to offend, but that it was designed to offend the Indian sense of literary worth. In reacting so, he gives himself far too much importance; perhaps he cannot yield centrestage even in this instance. If he could just go back and pay attention to what I actually said, he would realise that he, as an individual, remains peripheral to the thrust of the article.

Much has also been made by him and others of the diversity or range of the Jaipur festival. That in no way takes away from the point I am making. In the same way that the need for equal-opportunity employment betrays an unequal society, the need to stress this aspect only emphasises that the people who remain the focus of attention at the festival are not homegrown. When William cites the presence of JM Coetzee and Orhan Pamuk this year to claim how international the festival is, he again begs my argument. We needed the English newspapers and critics to elaborate their greatness before we came to accept it. They have been filtered to us through Britain; if we were a thriving literary culture, looking at the world instead of Britain, we would have known of Pamuk and Coetzee long before the British told us they mattered, because in reality Pamuk and Coetzee address us far more directly. If Pamuk had come to India before such endorsement came his way, we would not have noticed him.

All this said, I am more than willing to accept William’s offer of a drink in Jaipur. With a caveat. I can pay my own way, I can find my own place to stay, but I cannot stop at one drink. If William is willing to extend a Scot’s parsimony (this may be prejudice but is not racism) to match a Sikh’s appetite for drink, we are on. Let him state the date and time.