Creating a Climate of Change 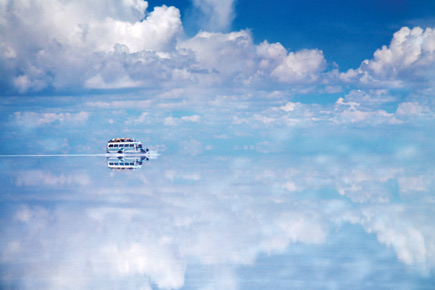 
Q What do you hope to achieve with the exhibition?

A Without too much signposting, Hard Rain shows how our global problems—the wasteful and unsustainable use of resources by the few, debilitating poverty for the many, population expansion, habitat loss, more and more species threatened with extinction, and the summation of our problems, climate change—are linked by cause and effect. We have to tackle all of these problems if we are to solve any of them. Governments need to lead but we recognise that they need a mass movement behind them if they are to commit to real action to deal with these issues. I hope that Hard Rain helps give governments a constituency to act in favour of the future.

Q Do you think climate change is the sexy topic of this decade?

A Like, Aids was for the last decade…Well, climate change isn’t sexy! It’s handcuffed to poverty. But your point is well taken. This year we are hearing a lot about climate change. Next year, we will hear a lot about habitat destruction. The truth is, all these problems are so closely linked that we have to tackle them all if we are to solve any of them. This comes down to values, and here I’ve been deeply affected by my contact with India and, in particular, with the modern philosopher J Krishnamurti. He makes the point that if we hurt nature, we are hurting ourselves. He has not been recognised as a deep ecologist but he most certainly is.

Q Which image moved you the most?

A Perhaps the one of the man carrying his wife across the border from East Pakistan. I took this profoundly disturbing picture during the Bangladesh war in 1971. Ten million people crawled across the border into India to escape the bloody war. Photographs are by definition a shadow of the past but they can also be a ghost of the future. A one metre rise in sea level would make 20 million people homeless in Bangladesh and India alone. Where will they go? There’s nowhere for 20 million people to go without extraordinary conflict. We’re playing with fire…

Q Do you think art can affect public policy?

A Well, no one thing leads to big changes but all these different approaches are part of a stream of information that hopefully leads to change.

Q How do you combat climate change in your personal life?

A I’ve insulated my house, I don’t eat much meat, I cycle where it’s practical, compost waste, and so on. And we sent the book to prime ministers and presidents all over the world by way of gentle conversion. The British Council will send copies to India’s PM and President.

Hard Rain will show on the lawns outside Bandra Fort, Mumbai, till 29 Nov. Subsequently, the exhibition will travel to Kolkata and Bangalore.