Alain Buu speaks about his obsession with capturing war, and why even being imprisoned and tortured in Abu Ghraib after being mistaken for a spy could not keep him away from it for long 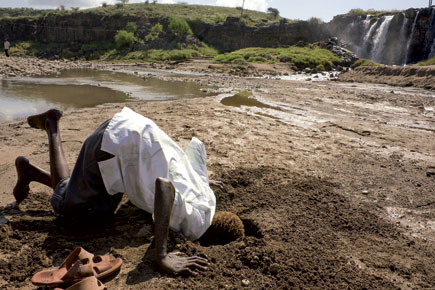 Conflict photographer Alain Buu speaks about his obsession with capturing war, and being imprisoned and tortured in Abu Ghraib


In 1975, when I was 15, I had to leave Vietnam for France. Communists had taken over my country. I lost my country, my people, almost everything to the war. I guess becoming a war photographer was my way of taking revenge. Maybe that is why I am obsessed with wars, and also the reason that I always cover the weakest side of a conflict.

I have been to many conflict areas in these past 26 years. But still, I never wanted to specialise just in war photography. I am satisfied if I cover two to three conflicts in a year. I do like covering war, but not like some of my friends who only cover war, and for whom the horrors of war are now normal. I don’t want to be that person. War is about death, rape, disaster and pain. There is the danger of beginning to accept all the bad things that happen in a war. So I make sure that I take breaks between covering conflicts to see beautiful things. That way, I never get desensitised to suffering.

There is always fear within you when you cover a war. Sometimes you feel invincible and you think nothing can go wrong for you. And then there are times when the chaos around you grips you. But that slows you down, stops you from taking risks.

During the 1991 Gulf War, there was a rebellion going on in the northern side of Iraq. Kurds were fighting with [Baathist] Iraqis. After battling with Shias in the south, these Iraqis were heading north. I went to Syria illegally, crossed over and entered Iraq without any visa. I was working with two other friends—one of them was a German photographer, Gad Gross, and the other an American journalist from CBS. We were travelling with the Kurdish rebels.

The conflict got intense and we tried to escape, but it was impossible. I was in the middle of a road when we saw tanks coming towards us. They were shooting everybody they could see. I was lucky to find a hole near a bush beside the road and I hid there. I could see the tanks moving close to me; they couldn’t be more than five metres away. I stayed in that hole for the next 18 hours, hoping that the soldiers would leave. The night passed and at 7 in the morning, my Kurdish guide and photographer friend were shot in front of my eyes. They had been hiding in a small house near the road, just 50 metres away from where I was. I saw an Iraqi soldier walking away with the photographer’s camera after he shot him.

An hour later, three soldiers spotted me. I thought they would shoot me, so I came out and surrendered. I started screaming out “Sahafi, Sahafi”, which means ‘journalist’ in Arabic. My journalist friend and I were captured and sent to the infamous Abu Ghraib prison, which later became known for its gruesome stories of torture. They thought we were spies.

I spent about a month in the prison. The prison guards didn’t want us to see all the torture going on in there, but we did hear stories. One day, they blindfolded and tied me up. I thought they were going to execute me. That was scary. They even put a grenade inside my friend’s jacket.

Even normal routine was torturous. Between 10 pm to 5 am, we were not allowed to stand or sit up; we could only lie down. And every other night, Iraqi soldiers would take some prisoners out, beat them up and force them to crow like a cock. They would torture them ruthlessly until a real cock, some 500 metres away, crowed back. And then everybody would laugh.

At one point, I was locked inside a dark room with no windows for three days. It was so dark that on the first day, I couldn’t tell if my eyes were shut or open. On the second day, I didn’t know if I was awake or asleep. And I could always hear people screaming.

However, I got saved since I was originally from Vietnam. We were thought of as heroes because we had fought Americans. The French external affairs ministry helped me a lot during this time. Finally, Saddam Hussein came to know about me and released me. I think he spared me because I was Vietnamese. And he had to set free the American CBS journalist as well since he couldn’t have released me alone.

Fortunately, since my release, I have not suffered from nightmares. I had no fear, nothing that bothered me after I was released. I think, for me, it was a physical crisis more than a psychological one. After I emerged from prison, I started suffering from asthma and eczema. My heart started beating very fast, and I guess the problems were not in my head but in my body for the time I spent in prison.

However, my American journalist friend was not so lucky. At least once every week, he wakes up in the middle of the night because of nightmares about torture.

I, however, got over it and returned to work. I had to. After a year, I went to cover the war in Yugoslavia. I have realised that if you cover a war, you need to be sure that you have chosen to because nothing else is more important to you. For example, if you want to cover Maoists in India or the insurgency in the Northeast, then do it only if you honestly feel for it and believe that you can show the world something about the cause, that you can offer the world a new perspective.

In a war, today you may be courageous, while tomorrow you may well be saying your prayers. Fear becomes a part of your life and you learn to live with it. Things are easier when you are young, though. With age and experience, as you lose friends in front of your eyes, you start having doubts. I think age slows you down. But war is an addiction for me. I can’t stay away from it for long. I have to go back.

As told to Ronny Sen