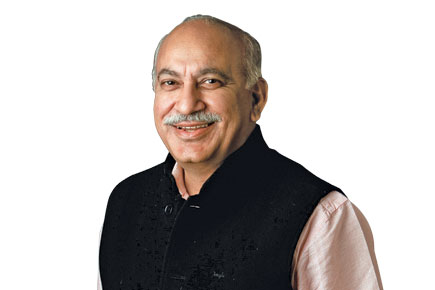 The most revealing aspect of a book first published in 1912 and packed with superbly varied information might well be the front cover. The named author of Hooghly, in the Bengal District Gazetteers, reprinted a hundred years later by Logos Press, is LSS O’Malley, ICS, and hence an officer of the blue riband of British imperial administration. On the back cover we learn that there was a second author, Monmohon Chakravarti, of the Provincial Service of Bengal, ‘who was also a member of the Royal Asiatic Society’. If the provincial service was a privilege for a native in the Raj, the second was indisputable high honour. And yet poor Monmohon got shafted when the credits began to roll. Put that down as yet another effective definition of colonialism. 1912 marked the zenith of British rule, a year after the Raj announced that the capital would be shifted from its birthplace, Calcutta, to Delhi, from where the Viceroy could cast one beady eye on natives and watch the ever-advancing Tsarist bear with the other. Poor Monmohon! Thou shouldst have been living in a later age. As it so happens, three years after this book was published, a middle-aged man in a dhoti called Mohandas Karamchand Gandhi arrived in Bombay, and that, as we now know, was that.

But this splendid history of the most important district in Bengal, Hooghly, is a tribute to the academic and administrative skills of the civil servant during the Raj. It nimbly finds space for both legend and evidence- based information, confident that what people believe is the more important factor in the debris of information. I have not come across, to take just one instance, a more compelling metaphor for the iqbal (or moral legitimacy) of the old Mughal order and the rising European presence than the tale of Shah Jehan, the Portuguese priest and the elephant who disobeyed the Emperor’s orders. The story was probably concocted by the Portuguese, as the authors accept, but it became the stuff of lore.

The Jolly Book of the Year Award goes to The Golden Age of Murder by Martin Edwards. This is a study not of crime, but punishment; not of murder but detection. In the 1920s there was a revolution in popular British literature with the fabulous invention of the detective who combined high intelligence with great ingenuity, baffled the police and discovered the criminal in a set-piece denouement. Agatha Christie remains a best-seller a century later, and her disciples constitute the most lucrative section of the book market. The most impressive work I read this year was Eugene Rogan’s brilliant history of the Ottoman front, The Fall of the Ottomans: The Great War in the Middle East, 1914-1920, published by Allen Lane. We are still dealing with the perilous consequences of British military success and political failure in the Middle East. Ironically, the Turks lost their empire but, under the magnetic leadership of Kemal Ataturk, reinvented and saved their country. Finally, an absolutely riveting The First Firangis: Remarkable Stories of Heroes, Healers, Charlatans, Courtesans & other Foreigners who Became Indian by Jonathan Gil Harris brought out by Aleph. My only niggle is that the subtitle is too long. On the other hand, the book is too short. Even at over 300 pages, it leaves you hungry for more.

This year I got back to fiction and what a year it was for fiction. Jenny Erpenbeck’s The End of Days is an austere and haunting masterpiece. In scintillating prose, it imagines how a life lived in different versions veers into the dead ends of history, and even existence itself. It offers haunting insights into the 20th century. Another bleak and accomplished novel was Kamel Daoud’s The Meursault Investigation, an answer to Albert Camus’ Stranger. But it goes far beyond it, examining the subtle complexities of faith. For sheer inventiveness and fun, it was hard to match the first two volumes of the newly translated Chinese science fiction phenomenon Cixin Liu: The Three Body Problem and The Dark Forest. The books, combined with mordant social critique, will revive your love for science fiction.

I have read many good books this year, none better than Linda Hess’ Bodies of Song: Kabir Oral Traditions and Performative Worlds in North India (Permanent Black). This book examines the rich after-lives of a man who, with the possible exception of Tulsidas, is the most famous of all Indian poets. Dr Hess focuses on how Kabir is sung, performed, and interpreted, combining lyrical descriptions of what she saw (and heard) with subtle translations of the poetry. This is a magnificent work of scholarship, and a rollicking good read.

I had four contenders for my 2015 Book of the Year—Beauty Is a Wound, a remarkable novel by the Indonesian writer Eka Kurniawan that refreshed the magical realism school of storytelling, Zinky Boys by Svetlana Alexievich, which did the same for oral history (I was glad the Nobel Prize Committee introduced me to this remarkable journalist), Genghis Khan: The Man Who Conquered the World by Frank McLynn, arguably the best biography I have yet read about the person in history who fascinates me the most, and Marlon James’s Booker prize-winning novel, A Brief History of Seven Killings. Each of the books resonated strongly with me in its own way, but I’m going to pick A Brief History of Seven Killings as my book of the year as it gripped me the most, and stayed with me the longest. For those who don’t know what it’s about, let me quote from my Open review of the novel (‘The Novel and Its Discontents’, 29 October 2015): ‘It’s a great, glowing fireball of a novel about Jamaica in the 1970s. Its principal characters are an assortment of gang members, whores, spies, politicians, ghosts and most of all Bob Marley, the great reggae singer, who is called The Singer in the book, and whose presence pervades every page.’

I’m reading at least two or three books at any given point and it’s always difficult to pick a favourite because you’re still reading them. But if I had to, I enjoyed reading Behind the Beautiful Forevers by Katherine Boo. It’s about Mumbai’s world of slums and the underbelly, like Vikas Swaroop’s Q&A. It’s about how hope can prevail within life that can be so brutal in a city like Mumbai. The book doesn’t mask anything nor does it make judgements. It just shows us what life really is.