And the Oscar Doesn’t Go to…

Barfi! The debate over India’s official pick for the Academy Awards is not as clear cut as it seems 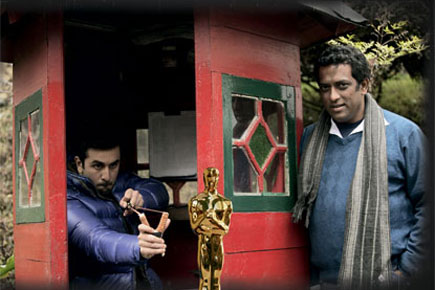 Barfi! The debate over India’s official pick for the Academy Awards is not as clear cut as it seems


Rafi Mohammed saw Barfi! on 17 September and just couldn’t stop thinking about the movie. He wrote a review on Tanqeed.com under his moniker Sputnik at 4.40 am American time. He had loved the first half, but couldn’t shake off the feeling that specific scenes were lifted from other movies. ‘The mother telling the daughter about her lover is a straight ripoff from The Notebook,’ he wrote, ‘Even the final scene is a ripoff from The Notebook. Another scene of Barfi asleep and not listening to her father’s scream is inspired/copied from a similar scene from Koshish.’ Rafi’s post got 530 views and readers pointed out that many other scenes were plagiarised as well. So he set to work again. His new post on 18 September, at 11.30 am US time, listed other scenes that had been copied. He had spent a whole night on YouTube looking for them, and his list included lifts from Charlie Chaplin’s The Adventurer and City Lights, apart from The Notebook, Singing in the Rain, and Buster Keaton’s Cops. The post, which has now got almost 87,000 views, sparked off a storm of online indignation.

And then, on 22 September, India announced Barfi! as its official entry to the Academy Awards.

Rafi, a web developer who lives in Charlotte, North Carolina, is aghast. “I had first thought that the post would get a lot of criticism and I would get branded a Ranbir hater,” he says, “But that’s not happened—because people are shocked at the copying. Those who were reading and commenting were actually posting more scenes that they’d discovered. And then a TV channel picked it up and things went crazy. There is a difference between paying homage to a certain kind of movie and copying. It doesn’t stand a chance at the Oscars.”

It’s a debate that’s now raging even off the web. Even if we discount the plagiarism, is Barfi! an apt kind of movie to be India’s official entry? It leads to more questions. Why is it that since 1957, only three Indian movies—Mother India, Salaam Bombay and Lagaan—have made it to the final five at the Academy Awards? Who is to blame for the fact that the world’s largest film industry can’t get even a single Oscar year after year? Why is it that, barring rare exceptions, it is only Hindi films that are ever sent by the selection committee?

Manju Borah, an Assamese filmmaker who is also chairperson of the Oscar committee appointed by the Film Federation of India to pick the official entry, blames the film industry. The committee, she says, has very little choice—since so few filmmakers in India put their films up for selection.

For a film to be considered, its producers must submit an English-subtitled version of it, which, together with an entry fee, could cost them up to Rs 1 lakh. This year, the 11-member committee watched a total of 20 movies, and the majority was in favour of Barfi! as the most deserving. “I don’t think about the allegations,” says Borah, “Which movie is allegation-free these days? The film’s treatment is good and Ranbir Kapoor is great. I am not 100 per cent happy about it, as it could have been more realistic. But recently I went for a party and all the common people there [said they] loved it, even if intellectuals don’t like it.”

Critics of the process are unsettled by Borah’s candid clarity on the kind of movies she wants sent to the Oscars. “I can’t speak for other people, but I like movies with a message. A filmmaker needs to have social responsibility.” She is no less clear about her disapproval criteria of films. She cites the example of Gangs of Wasseypur, which was also in the running. “Art needs to have a pleasing aesthetic,” she says, “I thought GOW was too crude. And what do you take away from it? All I… learnt [was] some new gaalis.”

This seems like much too arbitrary a way of looking at movies. Also, if the purpose is to win an Oscar, there is nothing to suggest that movies with a message do any better than movies with gaalis.  The Academy’s nominees in the ‘foreign film’ category tend to be varied. A Separation—the winner this year—was about the relationship between a son and his father suffering from Alzheimer’s. It is set in Iran but could have been anywhere. Poland’s In Darkness was about a sewer cleaner in Nazi Poland who hides a group of Jews. And Canada’s Monsieur Lazhar was about an immigrant teacher and his class. These stories were about relationships, and India also produces several such heartwarming movies. The regional film industries, especially so. But these are not considered for selection because most Indian filmmakers are unaware of how an entry is picked. Many more may not be able to afford the additional cost, which includes the promotional machinery that needs to be set in motion once the movie is sent.

“Filmmakers should know the criteria that Manju Borah points out,” says Sujoy Ghosh, director of Kahaani, which was also in contention this year, “Then we can decide if our movie fits the bill or not. Then we won’t waste money and enter the movie. But once it’s entered, I won’t question their decision. I don’t believe in social responsibility, but I do want to take a stand as a director. That’s all. We need a proper body that sets down directions and helps a movie go to the Oscars.”

Meanwhile, the man in the eye of the plagiarism storm, Barfi! director Anurag Basu, wonders why we care so much about the Oscars. He considers Cannes a much better platform for a movie to prove its worth. “There are no guidelines for the Oscars. Who knows what wins? How does it even matter?” he says, “Only the box office matters in India. Once we do well there, how does an Oscar matter? [Filmmaker] Sudhir Misra was telling me the other day that India should send at least three to four movies to the Oscars from all our regional industries. Then it would make sense.”

Anurag Basu says he is not losing any sleep over the plagiarism controversy and has moved on. “I always said, ‘I was inspired’, so why this hoo-haa, I don’t know. It’s a bit unfair… and so I am not bothered anymore.”

One thing is clear, or unclear. India seems quite clueless about what kind of movie works at the Oscars. A movie with a social message, what the committee demands, is a throwback to another era. Indian filmmakers these days are more interested in another kind of cinema. According to SV Srinivas, a film theorist at the Bengaluru-based Centre for the Study of Culture and Society, there is a certain kind of filmmaking that the Academy promotes: “It does have an arthouse feel and aesthetic—which Indian filmmakers are not following. Also, there are other problems like politics in [the film] industry, in the Government. We need funding. It’s a chicken and egg kind of problem. Nobody thinks it’s worth the effort.”

It is possible that a good masala flick, one that cracks the Indian box office, gets an Oscar. Movies in the mould of, say, Titanic, Braveheart, Chicago and Slumdog Millionaire. For example, Band Baaja Baraat, a beautiful portrayal of the ambitions and loves of Indian youth wrapped in the ceremonial glitz of traditional authenticity, would have been an astute choice. Dibakar Banerjee’s LSD, which was raw and relevant at the same time, might have been another.

“It would absolutely make sense to send such movies,” says film critic Rajeev Masand, “But we think they are lightweights. We are victims of our own prejudices.” He also has an explanation for why Indian filmmakers are so indifferent to the Oscars. “First of all, it’s expensive. And the actual expense starts after the movie gets selected. You need to go to the United States and make sure your movie gets noticed. Aamir Khan spent almost six months there after Lagaan was nominated.” A filmmaker needs to make sure a majority of the foreign film jury in America watches the entry. These jury members need see only around 40 of the 65 odd movies that make it there. “The expenditure could go into crores. It’s not worth it for Indians, for whom the money made in India speaks volumes. You only bother with it if you have very deep pockets, or you see the bigger picture—if your movie does well, it can make a lot of money later. Lagaan got picked up and got an international release in America. That was worth it.”

Masand also thinks that the Indian selection committee needs exposure to international cinema so that informed decisions are taken. “They need to watch world cinema. Barfi! is a charming movie, but it has no chance at the Oscars. Any kind of imitation is heartbreaking, even if it’s 10 per cent of the movie. And Gangs… was too long. Nobody is going to sit and watch a movie that is divided into two halves. It’s not about sending the best movie. It’s just about sending the correct movie.” Again, a word open to varied interpretation.