To celebrate its first anniversary of coming to India, Harlequin Mills & Boon launched a contest to discover Indian writers. This is what happened 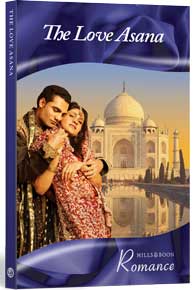 Harlequin Mills & Boon launched a contest to discover Indian writers. This is what happened


FOR DECADES, YOUNG Indian women have been entranced by the mythical true love of Mills & Boon (MB) novels. And by those perfect men who had everything, even a tendency to propose with a diamond ring. But that romance, those blue-eyed men, were always foreign. Now that MB’s publisher, Harlequin, has entered India, the anomaly is being fixed.

The quest for Indian writers to write Indian romances began in earnest on 16 December last year, with Harlequin’s ‘Passions Writing Contest’. Contestants were asked to write a 2,000-word romance,
along the lines of its Modern Romance series. The guidelines were simple: “These books promise to deliver to the reader a sophisticated, feel-good experience that focuses on the kind of relationships that women between the ages of 18 and 35 aspire to. Young characters in hip, affluent settings meet, flirt, share experiences, have great sex and fall in love, finally making a commitment that will bind them together, forever.”

About 500 Indians entered the contest, over a fifth of them men. The entries were judged by Harlequin’s UK editorial team, producing one winner and two runners-up. The winner had dreamt of being a romance writer her entire life. The first runner-up had hurriedly written the story, deleting secondary characters to include one more sex scene. And the third, a male IIT professor who teaches chemical engineering, actually prefers serial killers to happy endings. How did he win then?

Simple. Professor Ram Nagarajan applied the formula. And selectively rejected it in parts. It is interesting that the jury says the entries that stood out were the ones that “introduced a lively, warm heroine and a hero you could fall instantly in love with”. Clearly, they were not referring to 48-year-old Nagarajan’s story, Arranged Love. Although it has a lively, warm heroine, the hero is only revealed in the last paragraph. The story is about a 25-year-old girl in Chennai who has one month to find love, or else settle for her parent’s choice. With a touch of lip gloss, dressed in a sari, medium heels and helmet, Manasa goes hubby hunting on her two-wheeler.

“With good imagination, you can get a cat’s or dog’s perspective. Why not a woman’s?” asks Professor Nagarajan, who even dared to dismiss a cardinal part of the contest’s guidelines—‘great sex’—with a single line in his story: “Being a well-brought-up traditional Indian girl, premarital sex (had) never reared its hoary head, and all her suitors respected that.”

And the jury respected that too. “If the characters had not reached a point in the relationship where sex became appropriate, the scenes could feel awkward, and more visceral than emotional,” wrote Lucy Gilmour, a jury member.

The first runner-up, Third Time’s the Charm, is a plot inspired by the professional ethics class Samhita Ambast once attended as part of her 5th-year LLB at the National Law School, Bangalore. What do you do when you find yourself defending an unethical company, the teacher asked. In Ambast’s MB-tinted imagination, if the social activist defending SEZ oustees is hot, Ivy league-schooled and dressed in a kurta with a few buttons
left open to reveal a toned, muscular chest, you quit your law career and say, “Yes, although I have met you only for the third time, enjoyed fleeting, mind-blowing sex, I will marry you.”

Ambast compares an MB novel to a typical Hindi film. Boy meets girl, girl gets into a mess, boy is hot, and they fall in love. “In the end, she’s happy and that makes you happy. It’s nice to be assured of happy endings once in a while. I once read an MB where the hero and heroine didn’t get married in the end, and I felt cheated.” At 22, Ambast makes an ideal MB heroine herself, even more than Easha Srivastava, the conflicted heroine of her story. What makes her ideal is her scepticism. Few things are more entertaining than a charming young girl who doesn’t believe in fairy-tale romance falling irrevocably in love.

To Milan Vohra, the winner, an Indian MB romance isn’t as simple as setting the plot in Khajuraho, or having a maharaja for a hero, but endowing the story with an Indian sensibility. “An Indianness” she says, “like Dilwale Dulhaniya Le Jayenge, where eloping isn’t an option, but winning the parents’ approval is the way forward.” Her winning entry, The Love Asana, is about the threat a woman poses to the male ego if she earns more. Also, the taboo on men marrying older women. “Any good story is about conflict,” she says, “and these issues are instantly relatable.”

Vohra is a true blue romantic herself. When she picked her first MB to read at 14, it marked a transition from childhood to a world where there was a different kind of love. “If you’re foolishly romantic and hopelessly in love like I am, everything will conspire to keep your faith intact.” The hero being ‘the guy who can cope’ when ‘shit hits the fan’ (in the guidelines) especially appealed to her. She fondly recollects the time her boyfriend, now her husband, braved the Delhi anti-Sikh riots to rescue her from college. The white horse was actually a dysfunctional bike. But isn’t that the stuff of all great romances?

At 46, with an adolescent son and teenaged daughter, Milan Vohra believes in romance. And she believes in MB. Perfect qualifications.