The Indian music scene has more players than all seasons of Game of Thrones put together, but there are few who can give the audience a great time. Here are some of the festival circuit bands you must check out 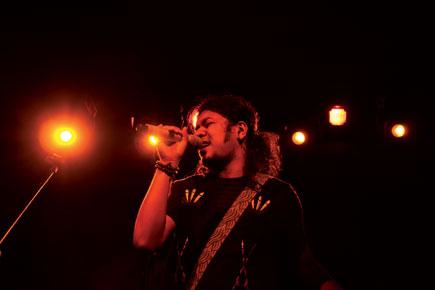 Every February, the sleepy little town of Nashik wakes up to the Sula Music Festival. While a lot of festival-goers drive out of Mumbai and Pune, the audience at Sula seldom has a clue of the festival lineup. This year, most of the crowd showed up for Lucky Ali. The singer can’t hold a single note, but thanks to Bollywood and pitch correction, he’s got a few hits to his name. Luckily for Lucky Ali, the crowd knew most of his songs and did all the work of him, unmindful of his singing skills or lack of them. Earlier in the day, Mumbai-based hip-hop and reggae band Bombay Bassment was up on stage and had the crowd up on its feet in no time. It’s a pity that the crowd that showed up to watch Lucky Ali didn’t catch Bombay Bassment. They didn’t even know who they were.

In case you’re planning to attend a music festival in the upcoming season, here’s a list of bands you must check out. If you missed the first part of this list, it included bands such as Indus Creed, Indian Ocean, Thermal and a Quarter and also Pentagram, the Mumbai band that announced a hiatus last year in the middle of the festival season; its drummer Shiraz Bhattacharya recently hinted at a comeback, so watch out for them. All the bands in this list are those that have not only endured, but have engineered a new sound and influenced the next generation of artistes.

The Raghu Dixit Project: One of the hardest working musicians in the country, Bengaluru-based singer and bandleader Raghu Dixit rocks the lungi-ghungroo look to perfection (the stage look came later). Before he became a big draw at festivals, Dixit had an impressive repertoire of songs that convinced composers Vishal Dadlani and Shekhar Ravjiani to kick off a label just to launch him. Dixit began his career in 2007 and has two albums to his name so far: the self-titled debut and Jag Changa. If you had to buy just singles, get Gudugudiya Sedi Nodo and Lokada Kalaji, both based on Kannada Sufi poet Sant Shishunaala Sharif’s work.

Papon & The East India Company: Angaraag Papon Mahanta has a cult following for his folk songs back in his home state, Assam. Again, all credit to the Hindi film hits that he has lent his vocals to and Coke Studio on MTV, Papon is no longer just a folk rocker trying to make it big in the alternative music scene. He isn’t the first alternative musician to be signed on for a Bollywood film, but it is his voice that blurred the lines between pop and folk. Papon loves the stage and having set up his band The East India Company in 2007, he began actively performing at music festivals such as NH7 Weekender as recently as 2012. If you had to pick one song, listen to Boitha Maaro Re, an Assamese boat song that gets an electro-rock makeover on Papon’s debut Hindi album The Story So Far.

Pinknoise: The experimental band from Kolkata is one of the most under-rated bands in the country. Fronted by vocalist Jayashree Singh with her son Jivraj on drums and samples and Amyt Datta on lead guitar, Pinknoise defies all rules of music to jump walls between genres. With unsettling lyrics, disturbing electronic sounds and brilliant arrangements, the band blends blues, rock, jazz and anything it encounters in between. The group is just readying a new visual set-up that may just turn their shows into a more heady experience, if that were possible. Listen to Dollar $cience from their last album The Dance of the Diaspora (2014) to get a taste of the madness that is Pinknoise.

Avial: The band lost its voice when its original vocalist Anandraj Benjamin Paul upped and left for America just ahead of their debut album launch in 2008. But if you attend any show, you’ll hear the crowd singing along in Malayalam word for word. Tony John, originally the turntablist for the band and now its vocalist, is a master puppeteer on stage, egging the crowd on to sing. The force of Avial’s sound lies in the folk songs that the band has adapted and will power the band for years to come. Get the entire debut album.