Ask me. I’ve had the misfortune of being in it twice 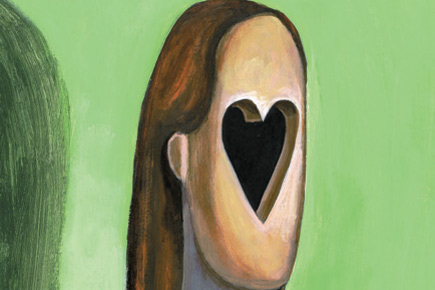 Ask me. I’ve had the misfortune of being in it twice


When a young lady is to be a heroine, the perverseness of forty surrounding families cannot prevent her. Something must and will happen to throw a hero in her way’—Jane Austen in Northanger Abbey

I am a sucker for romance. No one enjoys a love story, no matter how improbable it may be, more than I do. Everything I’ve ever read or seen has taught me to believe in love’s existence, and that eventually, we’re all meant to find it. Every time an Elizabeth was united with her Mr Darcy, or a Catherine found her Mr Tilney, or a Rahul/Raj met his Simran/Pooja/Anjali, it reaffirmed my faith—that all our love stories were meant to end happily. Agreed, that sometimes, we meandered through wild forests instead of ambling along manicured lawns and scenic routes, but I’ve never questioned that elusive happy ending that every movie and piece of literature has tantalisingly dangled in front of me for the past two decades.

But what if some of us weren’t meant to find love outside of our own selves? What if life didn’t throw a hero our way? Is it possible to be a heroine without a hero anywhere in sight? Last year, a very dear friend of mine got engaged. She’s smart, steady and dependable. Being a doctor who works with kids, she’s not given to flights of fantasy and theatrics like me. I’ve known her for 21 of my 26 years and not once have I seen her shed bitter tears over a cheating boyfriend, jilted lover or unrequited love. When you’re young and foolish, with all the advantages of an undamaged heart, it’s only natural to be in a tearing hurry to fall head over heels in love. Having me as her closest friend didn’t help matters. I, who at 19 was convinced that I was going to marry my then boyfriend and make little adorable babies with him, was pained by the idea that my best friend was unable to feel the kind of passion that came so easily to me and all other women we knew. And so every time someone came along who could elicit even a flicker of interest from my friend, it thrilled me to bits.

Last year, when a long-time friend and colleague suddenly proposed to her, she was taken aback. We’d suspected for a while that he had a soft corner for her, but considering her lack of encouragement, we never thought it would amount to anything. His proposal upset the balance of power in their relationship. She found herself in an all-or-nothing situation. When she asked me for advice, I had none to give. While I knew it was a perfect match on paper—their parents were friends, they got along famously and each knew the demands of the other’s career—but I couldn’t, in all honesty, get myself to tell her to accept his proposal knowing she didn’t feel the kind of love I thought was a prerequisite for a relationship as enduring as marriage is supposed to be. After mulling it over for a couple of days, she said ‘yes’. They’re to be married this year and I don’t know of a girl who is enjoying her last few courtship months half as much as she is.

Every time I think about her, I’m confused by my own thoughts. How can a person be so content with the idea of never feeling that one emotion that has fuelled the careers of writers, poets and moviemakers worldwide? How does the idea of going through life without ever feeling it not terrify her?

I’ve had the misfortune of being in love twice. Not my friend’s sensible version that revolves around mutual respect, understanding and compatibility, but my kind of head-over-heels, passionate, inconvenient, all-consuming and often wretched love. When you give a relationship so much of yourself and it still isn’t enough, it’s natural to feel angry. But then I realised how self-absorbed my idea of love was. I believed that being loved was my inalienable right, like the universe owed it to me that every person I was in love with should love me back. In the last few weeks, my friends and I have spent hours at wine bars hurling profanities at the joke of a man I’ve been in love with for the past two years. But in retrospect, I call him my special love; because he’s living proof that it’s perfectly possible to go through life without ever truly being ‘in love’ with someone. I only wish it was a possibility we’d been prepared for while growing up. That instead of being constantly assured that my knight in shining armour was somewhere on the horizon, I’d been told that it was just as easily possible that he didn’t exist and that I’d have to do my own rescuing. I wish someone had written a book or made a movie about a girl who doesn’t fall in love, is happy nonetheless, has great sex with a man who she respects and who respects her back, makes truckloads of money, goes on exotic vacations, sometimes alone and sometimes with him, and lives happily ever after.