The best Indian film I saw in 2014 was a Marathi movie. No surprise there 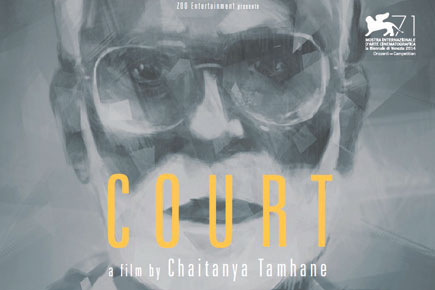 The best Indian film I saw in 2014 was a Marathi movie. No surprise there

Few weeks back, there were two cops at my door on a random Sunday afternoon holding what they called a court’s summon for a criminal defamation case concerning a story I’d written about a decade ago. It concerned a popular film trade analyst who had allegedly molested a janitor in a Dubai hotel while he was there to attend a Bollywood award show in 2005. As a news reporter back then, I used to average a story a day, so details fail me now. The newspaper itself has changed ownership. My editors have long gone. I had left in 2005 itself. Yet, there I was, at the end of 2014, in a dilapidated room, before a magistrate, waiting for my turn as the judge’s assistant rapidly read out name after name of cases being assigned newer dates. The rest of the gloomy hall probably had people dealing with more serious issues, with the trial in itself a punishment. If I could faithfully reproduce that Kafkaesque afternoon, it would be no different from the 27-year-old Chaitanya Tamhane’s incredibly outstanding debut Court.

The film Court is of course infinitely more entertaining than actually being in court—an experience the filmmakers organically bring to life using dry humour, stunning production design and long, engaging scenes chiefly starring non-professional actors handpicked over eight months from banks, government offices, matrimonial sites and the like. Despite its setting, Court isn’t exactly a courtroom drama, at least not in the way we know it from movies that are so self-aware of being part of a well-meaning, preachy genre—whether in niche (Mohan Joshi Hazir Ho!) or popular cinema (Damini). This is an anti-genre film. Since there is no such term, we call them art- house movies! It’s also easy to mock or berate the ‘system’ or expose its rottenness from the inside. Court, a deeply humanistic account, delves into the lives of those who comprise that ‘system’: whether it’s the public prosecutor, the defendant, a human rights activist, or the judge. Just the patient unravelling of the characters’ regular, mundane day puts Court on par with the finest in contemporary world cinema. The performances alone took me back to Asghar Farhadi’s Iranian courtroom drama, A Separation (2011), no less.

Last checked, Court had picked up over a dozen major prizes, including ‘best first film’ at Venice, where it premiered; and ‘Best Film: International Section’ (first for an Indian movie) at the Mumbai Film Festival. Such buzz will ensure its theatrical release in 2015. Indian cinema has always travelled the global festival circuit. What’s new? Movies from Mumbai, often directed by first-timers, have started cracking the scene—so much so that mainstream studios sometimes see commercial merit besides prestige in backing some of these films. UTV released the Cannes’ Grand Rail d’Or winner The Lunchbox. Yash Raj produced Kanu Behl’s Titli that made it to the same section (Un Certain Regard) at Cannes as Ritesh Batra’s The Lunchbox, and Vikramaditya Motwane’s Udaan (a UTV release) before.

But these are small steps. Most Mumbai movies premiering at Cannes or other top fests go straight into the can thereafter. Bollywood takes its ever-important role of entertaining the masses of India with star-driven event pictures far too seriously to market ‘festival films’ that may never attract similar footfalls over the first weekend. Marathi cinema, also based in Mumbai (with significant offshoots in Pune and Kolhapur), has no such national burden. It is privately funded and can survive on lower budgets while filmmakers have natural access to the best tools and talents. They also benefit from a progressive and robust canon of Marathi literature and theatre. I’m not sure if that’s the reason for a renaissance in Marathi cinema lately. The turning point could have well been Sandeep Sawant’s Shwaas being sent as India’s Oscar entry in 2004, followed by Paresh Mokashi’s Harishchandrachi Factory in 2010. This brought much national media attention. Even an above-average Marathi film (Om Raut’s biopic Lokmanya: Ek Yugpurush), or an average one (Mokashi’s ode to Italian neo-realism, Elizabeth Ekadashi) that I saw in 2014 was better than most good Hindi films the same year—let alone Nagraj Manjule’s marvellous and chilling Fandry (2013), which is arguably the strongest comment on caste to ever come out of Indian cinema.

Court is a Marathi film with a smattering of Gujarati, Hindi and English. Director Rajat Kapoor, whose Ankhon Dekhi was perhaps the best Hindi movie of 2014, tweeted the other day: ‘My list of 5 best films of this year: 1. Court. 2… 3… 4… 5… Forget it!’ I couldn’t agree more.