They Do Pack a Punch

Why Indian boxers are doing so well 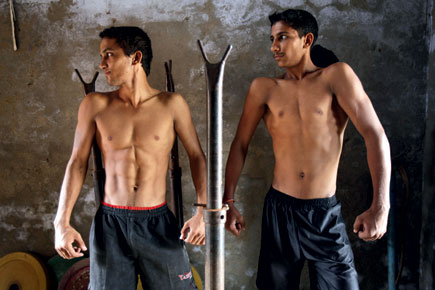 Why Indian boxers are doing so well


A bronze medal at the Beijing Olympics in 2008 followed by seven medals, including two golds and three silvers, at the Guangzhou Asian Games and now an unprecedented seven qualifications for the London Olympics. Indian boxing has never done so well. Add to the seven who have already qualified two near-certain qualifications in Mary Kom and Sarita Devi, and India suddenly appears to be an emerging boxing powerhouse.

The statistics are staggering. Three of the six Indian boxers who represented the country in an Olympics qualifier in Astana, Kazakhstan, got tickets to the London Olympics. Two of them— 18-year-old Shiva Thapa and 19-year-old Sumit Sangwan—won golds defeating fancied, higher ranked opponents.

What is striking about their triumph is that it has come despite lukewarm media support for the sport. There were no sports journalists to see off the boxers on their way to Baku last November for the world championships, or when the team left for Astana on 2 April. The Indian boxing revolution has been a silent one. How did it happen and what prompted it? The easy answer is to look at Bhiwani, a village that is now home to at least 1,500-2,000 professional boxers. Bhiwani is also home to five of the seven boxers who have qualified for London.

The Bhiwani story goes back to 1990 or even earlier when in an attempt to encourage boxing, the Sports Authority of India (SAI) started a training school in the village, its first organised sports facility. They were encouraged to do so by the achievements of Raj Kumar Sangwan, who had won golds at two Asian-level meets—at Bangkok in 1991 and at Tehran in 1994. However, this solitary SAI facility did little to solve the problems of infrastructure.

It was only after Akhil Kumar’s gold medal winning heroics at the Melbourne Commonwealth Games in 2006 and Vijender Singh’s bronze at Beijing in 2008 that the transformation really began. The classic rags-to-riches stories of Vijender and Akhil encouraged many village boys to follow their example. But the real impetus came from a policy decision of the Haryana government under Bhupinder Singh Hooda, who announced that a quarterfinal appearance at the Olympics or a medal at the Asian level would earn a sportsperson in Haryana the rank of a DSP (deputy superintendent of police).

In the days of Sangwan or at the turn of the millennium, a medal-winning performance was rewarded with the rank of constable. There was a sports quota in public service even then, but it did not bring much respect. It got you a job but no real security with it. The money was not good. All this changed with the adoption of a new sports policy in Haryana. To encourage the state’s youth to start looking at sports as a career, the government, in concert with the bureaucracy and police, announced in 2006 that the revised reward for a top-notch sports performance was a job in the higher cadres with all the attendant benefits. The logic was simple. And it worked.

As Shamya Dasgupta documents in his forthcoming title, Bhiwani Junction: A History of Indian Boxing, ‘The carrot is what makes Haryana tick. As long as the state government doesn’t change its policy or a change in government doesn’t lead to a rethink, carrots are not in short supply.’ He quotes Dinesh Kumar, a silver medalist at the 2010 Guangzhou Asian Games, as saying, “What could we have achieved by studying? Where would we have reached? What aukaat did we have? In Haryana, within a month of doing well (in sports), you get so much money and a good position.”

Not without reason did athletes from Haryana win 15 of the 38 Indian gold medals and 40 per cent of India’s total medals at the 2010 Delhi Commonwealth Games, a medal haul that would have placed Haryana just below Australia, England, Canada and India in the final medal count.

Vijender Singh, a close friend and role model for many boxers in the state, is more direct: “It’s easier to dream of glory as a boxer if you are from Haryana. Of the hundreds of boxers in Haryana, at least ten will be good and the system ensures their talent doesn’t go waste. Earlier, people gave up boxing when they got jobs, but it’s changing. Now jobs are assured and we feel basic jobs are not enough. We think that we need to keep boxing to get even better jobs. That has helped. And things can only get better from here.”

Vijender, the first ever Indian to have qualified for three consecutive Olympics, is a Tendulkar-equivalent for many youngsters in Haryana. ‘If he can, so can we’ is the new mantra, and with the Bhiwani Boxing Club offering the facilities needed, there is no dearth of budding boxers from the state.

More importantly for the future of Indian boxing, the revolution is now in its second and final stage. If it was the security of a respectable job that triggered the start, it is the high life associated with winning laurels that now propels the bandwagon. Vijender, with his endorsement contracts and Bollywood offers, is yet again the icon to emulate. Dasgupta writes: ‘Everyone I see training in Haryana is working towards that Olympic medal. In Rohtak, at a boxing academy, you see 14- or 15-year-olds sweating it out. The concept of jobs hasn’t hit them yet, but they will tell you, “Desh ke liye medal laana hai.” Remember that old Nike commercial with a bunch of youngsters of all shapes, sizes and colour mouthing ‘I am Tiger Woods’? If the kids at that Rohtak academy, or any academy in Bhiwani, Hisar or Sonepat, were asked the question, chances are they’ll say, “Main Vijender Singh banna chahta hoon.” And they wouldn’t be lying.

If Haryana is one side of the story, the insurgency-prone Northeast is the other. We already have two budding Olympians from the region in Shiva Thapa and Devendro Singh while the qualifications of Mary Kom and Sarita Devi are near certainties. In the Northeast, the Vijender equivalent has to be Dingko Singh, who won gold at the Asian Games in 1998. Dingko’s gold made the choice for the youth in states like Manipur, Assam and Mizoram a no-brainer—insurgency/crime or sport, and for those not already too far down the other road, opting for sport was easy. Sport was the means to a new life, a life of respectability and comfort. A job in the services and you were assured of a living for yourself and your family. The Army’s Mission Olympics helped, and with Mary Kom finally getting the recognition she deserves, the trail of Northeast success, it can be surmised, has just begun.

While the SAI facility in Imphal is decrepit and the 100-day economic blockade hasn’t helped, there is little doubt that Shiva and Devendro are on their way to becoming role models for many in Assam and Manipur. And if Shiva, the son of a Karate instructor, or Devendro, a man with a more humble beginning, wins a medal at London, it will give sport in the Northeast a great fillip. It doesn’t end with boxing in the Northeast. Two clubs from the region play in the football I-league—Shillong Lajong and United Sikkim—and a number of stars in the Indian hockey team are from these troubled states. All this despite the absence of a proper sports policy in either Manipur or Assam.

With organisations like Olympic Gold Quest or Mittal Champions Trust taking the lead and corporate houses like Sahara and Tata offering well-paid jobs to talented athletes, there is hope that India, despite lacking a sports culture, will make the London stage their own, doubling their Beijing medal count. And if that happens, Bhiwani and Manipur will doubtless have carved out a presence on the global sporting map.