Alex Ferguson and the art of cooking

Few are aware that Alex Ferguson, the man who ends a spectacular 27-year reign as Manchester United manager, enjoys cooking 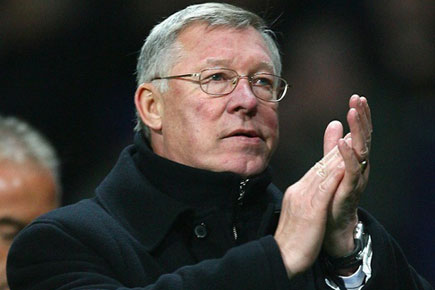 Few are aware that Alex Ferguson, the man who ends a spectacular 27-year reign as Manchester United manager, enjoys cooking


This is a story from an overcast morning in London during the Wimbledon tennis tournament around ten years ago. There was a small grocery shop run by an Indian man near Southfields Station. Alex Ferguson went to the shop and bought a newspaper. The shopkeeper’s son asked him for an autograph. Ferguson grumbled but complied. The rest of the morning, the excited grocer shared the story with customers.

It is possible that if the shop guaranteed privacy, and if Ferguson was in a sunnier mood, he would have asked the shopkeeper about recipes from India. Ferguson, few are aware, enjoys cooking.

The man who ends a spectacular 27-year reign as Manchester United manager on May 19 does not appear the sort who’d enjoy the prolonged company of pots and pans. Arsene Wenger? Maybe. He is a man of cultivated taste and all that. And he is French. Jose Mourinho? You don’t expect him to subscribe to Bon Appetit but he might whip up the occasional snack, going by the food metaphors he sometimes employs when talking about the game. During his managership of Chelsea, Mourinho found an interesting way of making the point that it was injuries that were stopping his team from playing attractive football. “The style of how we play is very important. But it is omelettes and eggs,” Mourinho said. “No eggs – no omelettes! It depends on the quality of the eggs. In the supermarket you have class one, two or class three eggs and some are more expensive than others and some give you better omelettes. So when the class one eggs are in Waitrose (supermarket) and you cannot go there, you have a problem.”

Ferguson, on the other hand, is a tough Scotsman who grew up amidst dockyards, and whose childhood activities revolved around playing football and fighting with gangs. In later life all that mattered to him was winning at football. You expect such a man to not care what he eats, and you certainly don’t expect him to cook elaborate meals.

It is likely, however, that Ferguson’s interest in gastronomy was by default, a byproduct of his business ventures. When Ferguson was about 30, towards the end of a modest playing career and a few years from his wildly successful coaching one, he got into the restaurant trade. He thought if he was going to be in this line, he had to see for himself what it was like. Ferguson spent 18 months in the heat and smoke of a professional kitchen. He says it was harder than being a football manager.

“I was into cooking a great deal and I could do most things. In terms of what you see nowadays I would be lost, but I can still do a good pasta or a Chinese,” Ferguson said in a rare, intimate interview with Manchester radio station Key 103 in 2007. Chinese is known to be particularly close to Ferguson’s heart. Ken Hom, the renowned Chinese-American chef, presented him with a wok some time ago. But Ferguson dabbles in other types of food too. On Manchester United TV, he and the club’s head chef Romain Camos cooked steak topped with foie gras for Denis Law, the former United striker who Ferguson idolized.

Ferguson is a workaholic and he is not going to be idle in retirement. He will continue to be a director at Old Trafford. But perhaps he can now devote a little more time to his unlikely passion.