Understanding the Formula One Crisis 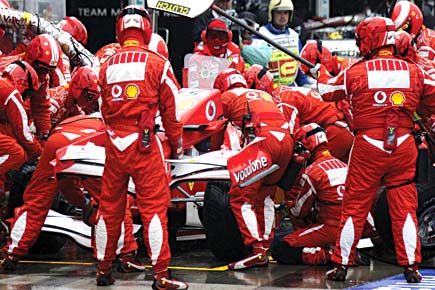 Those, like me, who don’t keep track of these terribly important things, won’t know the Formula One drivers’ championship is in crisis. Eight of its 10 teams have confirmed they will form a breakaway series. The move is set to cause the greatest upheaval in the sport’s 60-year history since the emergence of Bernie Ecclestone.

The eight teams that make up Formula One Teams Association (FOTA), a pressure group, have declined to enter F1 for 2010, after a row over budget caps. “It’s clear that the teams cannot continue to compromise on the fundamental values of the sport. The major drivers, stars, brands, sponsors, promoters and  companies historically associated with the highest level of motor sport will all feature in this new series,” said a FOTA statement last week.

FOTA is made up of Ferrari, McLaren, Renault, Toyota, BMW Sauber, Brawn GP, Red Bull Racing and Toro Rosso. Williams and Force India have been suspended from the association, and are not part of the breakaway plan.

Quote hanger: “My marriage broke up because of Formula One. So I am sure as hell not going to let things disintegrate over what is, in the end, basically nothing. If you analyse all the problems—there aren’t any that can’t be easily solved.” Bernie Ecclestone sums up the ongoing F1 crisis.