The Kerala High Court recently convicted 24 of the 31 accused in the Suryanelli rape case, 18 years after the case began 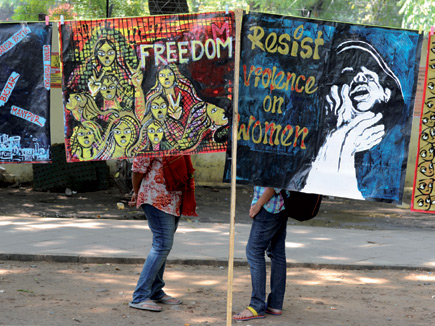 The Kerala High Court recently convicted 24 of the 31 accused in the Suryanelli rape case, 18 years after the case began

A division bench of the High Court of Kerala that reopened the Suryanelli rape case last year recently convicted 24 of the 31 accused. The prime accused, Dharmarajan, was given a life sentence while the others got imprisonment for a period ranging from four to 13 years. This marks yet another milestone in a long and torturous legal process. The verdict comes 18 years after the case began.

In 1996, a 16-year-old old girl from the remote village of Suryanelli in Kerala ran away with her lover. He trafficked her across different places in Kerala. She was raped by 47 people in forty days before being allowed to return home.

In 2000, the trial court convicted 36 people in the case, but five years later the High Court reversed all the convictions, bar one, of Dharmarajan. The case also created a political sensation when the girl alleged that Rajya Sabha Deputy Chairman PJ Kurien was among those she was offered to. The girl’s plea to add him to the list of the accused was dismissed by the High Court without giving her an opportunity to be heard.

It is likely that what brought the Suryanelli case back into prominence was the brutal gangrape of a young woman in Delhi on 16 December 2012 and the shock that it generated. In January 2013, the Supreme Court expressed shock and embarrassment over the mass acquittal by the High Court. It set it aside and directed a fresh hearing, which has led to the current convictions.

The High Court is also taking up a petition filed by the girl to give her an opportunity to present her case against PJ Kurien. Meanwhile, the girl’s father says he is relieved by the latest judgment; at least now they can get over the shock and humiliation.