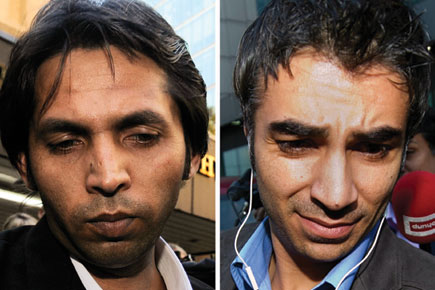 
Pakistan cricketers Salman Butt and Mohammad Asif were found guilty of spot fixing a Test match against England in August 2010 and face up to seven years in jail. They had already been served a five-year ban on playing international cricket by the International Cricket Council.

After the verdict was delivered by a London court, it emerged that Pakistan bowler Mohammad Aamer had admitted to the same charges two weeks before the trial of his teammates. All three were accused of deliberately bowling three no-balls as part of a spot-fixing betting scam uncovered by Rupert Murdoch’s now-defunct News of the World.

Butt and Asif were convicted of conspiracy to obtain corrupt payments, and conspiracy to cheat at gambling. They had denied the charges. British agent Mazhar Majeed had conspired with the cricketers.

News of the World’s former investigations editor, Mazher Mahmood, had approached Majeed pretending to be an Indian businessman. Majeed had claimed at least six Pakistani players were working for him and it would cost between £50,000 and £80,000 to fix a “bracket”, where bets are made on incidents during a given period of play. It would cost £450,000 to rig an ODI and £1 million for Test matches, he allegedly told Mahmood.

There have been strong reactions to the scandal. Harbhajan Singh, who had earlier threatened to slap any bookie who approached him with a match-fixing offer, has now offered to slap the tainted cricketers. Lalit Modi has accused umpires and administrators of the game of being involved in match-fixing. And Mahendra Singh Dhoni has said what these cricketers did was the “worst thing one could do to their country”.