The ship is expected to go to an altitude of 110 km, above the Karman Line, the boundary between Earth and space. 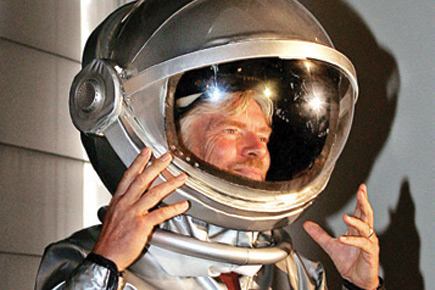 The ship is expected to go to an altitude of 110 km, above the Karman Line, the boundary between Earth and space.


Man’s corner of the universe is a small and uneventful one. Also, man, as we know him, is easily bored. This explains space tourism.

For the most part, space tourism has been fiction. In Roald Dahl’s Charlie and the Great Glass Elevator, Willy Wonka docks into Space Hotel—not knowing that alien life has overrun the hotel (but this is a Hurried Man’s Guide for later). In 1999, nearly two decades after the iconic children’s book, the Hilton Group said it would sponsor a plan to build Hilton Orbital Hotel out of discarded space shuttle fuel tanks. British Airways also wanted in.

Space tourism was, up to a point, fantasy. Decades ago, Pan Am made a list of people who signed up for what seemed the next big thing in aviation: space travel. The New York Times stated 93,000 people wanted to go. The airline, once at the forefront of all things aviation, ceased operations in 1991.

And that brings us to Richard Branson, who boldly goes where few men, women and beasts have gone before. In 2012, for $200,000, man will find himself a seat on Branson’s SpaceShipTwo. This is not the first venture that hopes to profit from eager space tourists, but it is the first to make space travel affordable (Space Adventures Ltd had helped tourists aboard Soyuz and a ten-day stay at the International Space Station for a price of around $20 million).

SpaceShipTwo will be carried up 16 km by White Knight Two, a mothership, before it chugs ahead on its own rocket fuel. Both ships are owned by Branson’s Virgin Galactic, which has raised $45 million from 340 waiting passengers, or ‘Virgin Galactic astronauts’.

While the flights will be sub-orbital, which means their orbit is not entirely in space, the company expects to have orbital flights soon. The space ship is expected to go to an altitude of 110 km, above the Karman Line—the boundary between Earth and space.