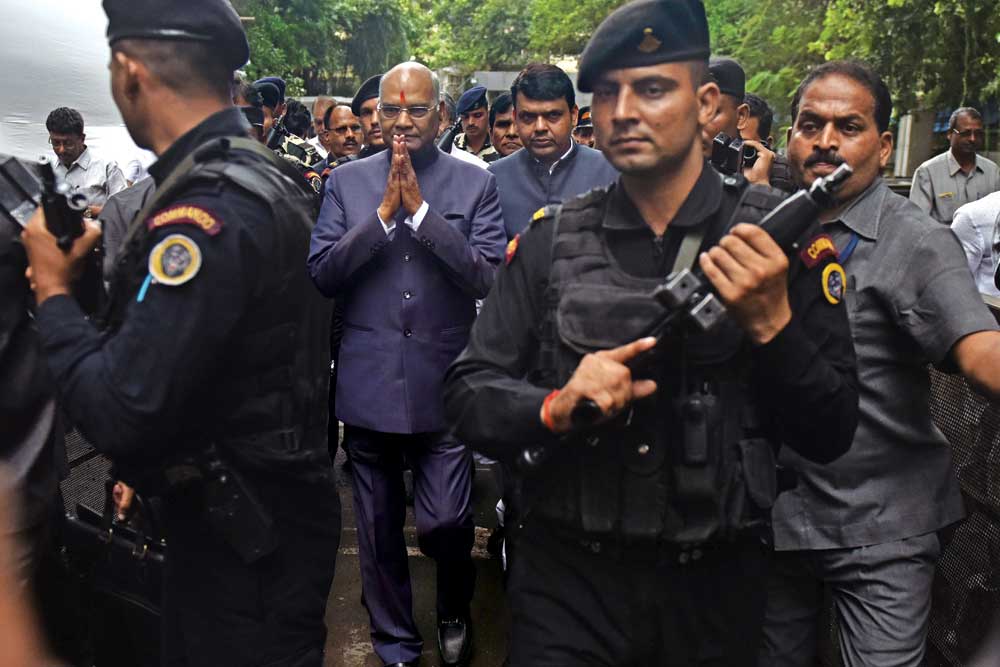 VISITING HIS VILLAGE in Uttar Pradesh for the first time since he took office, President Ram Nath Kovind gave the adrenaline levels of fact-checkers a boost when he, in a good intentioned exhortation of sorts for people to pay taxes, said that he pays Rs 2.75 lakh as monthly taxes on a salary of Rs 5 lakh. It was a
statement riddled with a few holes. Media reports pointed out that he couldn’t be paying 55 per cent tax when slabs dictated that the most any Indian could pay was around 42 per cent. One article quoted a tax expert saying that the president was probably also calculating the 30 per cent pay cut he gave himself because of Covid. That would not fit into the definition of taxes. Charity is voluntary, taxes are not.

In any case, even if he is paying 55 per cent, it would be fair. Because consider not the salary, but the cost to company of the president. That would include accommodation. Rashtrapati Bhavan’s rent would probably run into hundreds of crores, if at all someone could make a valuation of it. But that won’t fall
into the emoluments the president is taxed on. Factor in travel by personal aircraft, the retinue of liveried servants and so on and so forth, and you will soon realise that even paying Rs 2.75 lakh per month is something of a steal for what he is getting in return.

Around 55 per cent or more is what Scandinavian countries also tax and they don’t need their president to convince people to pay happily three to four times what Indians do. That is because the transaction is not a one-way street. The state is taking and it is also giving back. Just about every•thing that a citizen needs, from dole to first-rate education and healthcare at no cost, is provided. To be a Dane is a little like being the Indian president when it comes to taxes. But what exactly does the ordinary Indian taxpayer get in return for what the state demands out of him? He has to manage everything in his life with what remains after taxes. Government hospitals are free, but will anyone with an alternative chance be going to one? Can he hold on to any dignity in peak-hour public transport? Take any government service—schools, waste disposal, clean tap water, courts, electricity—and no one will not demand a refund if he was paying a
private company for it. Then there is the patent unfairness of some categories not being taxed at all, like ultra-rich farmers.

In India, people pay tax because it is legal coercion. There is a lot of merit in what politician Subramanian Swamy has been advocating for some time—that doing away with income-tax altogether will, in fact, lead to more growth because people will spend the extra they get funnelling it back into the economy. When it goes to the Government, it only perpetuates in bloating it because easy money rarely did anyone any good.