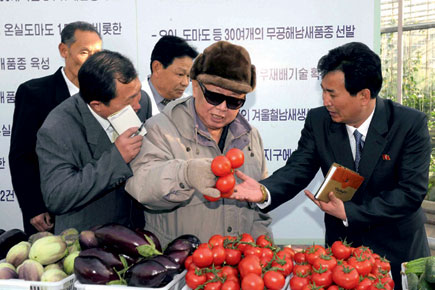 
North Korean leader Kim Jong-il, also known as the Supreme Leader of the Democratic People’s Republic of Korea, died on 19 December, aged 69. He suffered a heart attack while travelling by train. The dictator, who had been ruling North Korea since 1998, was known by several titles in his country: Dear Leader, Our Father, The General and Generalissimo. In addition, a list released by North Korean state television claimed that ‘prominent leaders from 160 countries across the world’ called him a range of titles including Guardian Deity of the Planet, Heaven-Sent Hero and Eternal Bosom of Hot Love. His youngest son, Kim Jong-Un, is supposed to take over.

A 2004 Human Rights Watch report said that the North Korean government under him was ‘among the world’s most repressive governments’. There was no freedom of press, religion or political opposition, nor of education. The State had some 200,000 political prisoners. Two-three million North Koreans are believed to have starved to death in Kim’s first decade in power. There were rumours of orphans gnawing on bark and leaves, and human flesh being sold for meat in the country’s markets.

The despot was a notorious cinephile. James Bond was a favourite. In 1978, long before he succeeded his father Kim Il Sung, he ordered the kidnapping of South Korea’s most famous film director, Shin Sang-ok.