20 bodies have been recovered in Kavalappara. Villagers say at least 65 people have gone missing after half of a hill came down 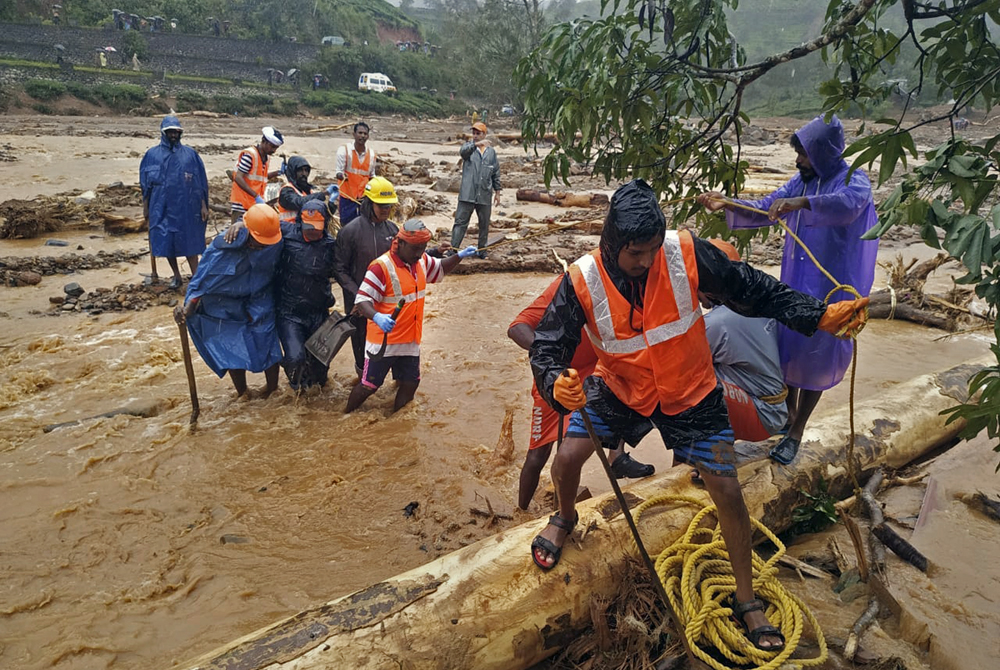 
It is 4 pm on Sunday at Kavalappara village in Nilambur, Malappuram district, Kerala. Three large Caterpillar earthmovers are slowly digging the ground. Personnel from the fire brigade, the National Disaster Response Force, police and volunteers watch the giant shovels of earthmovers go in and come out of the mud. It has been three days since heavy rains of August 8 caused a massive landslide burying 30 houses in this village. The driver of the earthmover operates slowly with care in case someone is under the ground. One of the machines suddenly stops. The giant hands pull back as if it has touched something. Everyone becomes alert and ready to bring out the lifeless body of one more person. A volunteer asks the media to switch off their cameras to respect the privacy of the dead. The police officer in-charge says in a more commanding voice adding that mobiles should be turned off. I ask one of the villagers standing next to me whether he has any idea who would be found. The man, who has seen numerous bodies pulled up, says in a voice ringed with fatigue, without looking in the direction, “It might be Sakeeena, the sister of my friend. This was the place where their house was located”. He is right. We learn later that the corpse is Sakeena, wife of Kareem.

Twenty bodies have been recovered in Kavalappara till the time we write this report. Villagers say at least 65 people have gone missing after half of a hill came down and flattened 50 acres of the crowded village. Rescue workers have been searching for bodies, a herculean task in the incessant heavy rain.

At Puthumala village in Meppadi Panchayat of Wayanad district too a massive portion of a hill came crashing down and washed off 100 acres of land that had houses, a church, a mosque, a temple, hotels and other commercial establishments. Puthumala, a plantation area, has a large population of migrant workers, several of whom have gone missing. It is hard to identify missing and dead migrants.


The death toll is at 83 and climbing, of which 17 are in Kozhikode district and 12 in Wayanad. The hope of recovering dead bodies fades as the days pass. At the peak of the torrential rain that lasted four days, there were 24 landslides in 24 hours. As many as 224, 506 people have been moved to 1,243 relief camps in the state. The state was just recovering from the floods of last year when the present disaster struck. People have different takes for why it is happening. Some say that this is the price of ignoring the Gadgil Committee report for the preservation of Western Ghats. “I stand with what I said last year. The rampant destruction of Western Ghats, unmindful quarrying, the loss of flaura and fauna and the unscientific way of dam management have played a vital role in these recurring calamities,” says P T Thomas, Congress MLA from Thrikkakara constituency who has become unpopular even in his own party for vehemently arguing in favor of implementing Gadgil committee recommendations.

According to Dr T V Sajeev, scientist with Kerala Forest Research Institute, major landslides have happened in areas where there are a large number of quarries. “There are approximately 83 rock mining quarries running in ecologically sensitive zones. There is one quarry in a ten kilometer radius in Puthumala. There are nine quarries around Perinchery hills and 13 quarries in Mangalassery hills, both within a radius of five kilometers from the spot of landslides,” he says. And, perhaps most tellingly, there are 27 rock mining quarries in Kavalappara, the worst hit village in this year’s rain fury, where more than 60 people are feared dead.

Those who do not subscribe to this view argue that there are no quarries deep inside the forest where a large number of landslides happened. Of the estimated 80 landslides that happened in a span of three to four days, only 24 took place in dwelling areas.

The situation in the flood hit tribal areas in Malappuram, Wayanad, Idukki and Palakkad districts is equally bad or worse. At Mancheeri tribal colony in Nilambur forest, the entire stretch of road is badly damaged with uprooted trees. The banks of the river have been swallowed by flood water which makes going into the forest almost impossible. Mancheeri tribal colony is inhabited with Cholanaykkars, said to be one of the primitive tribes in Kerala. With the entire media glare on the loss of lives in Kavalappara and Meppadi, the hardship of the tribes stranded inside the forest go unnoticed. Even forest officials have no idea about the situation. “We have visited three families living in the borders of this locality. I guess there are around 100 people living deep inside the forest. We are not able to go there now,” says a forest officer on duty in the check post at Nedunkayam forest station. They confirm that there was a landslide in the upper part of the hills where these tribals live, however no one knows what happened to them. We were denied permission to go to Mancheeri colony citing ‘Maoist threat’ in the area.

The Paniya tribals in Nedunkayam colony inside the forest have a better survival story to tell. There are 104 families of which all were evacuated on the first day of the flood, shifted to a nearby camp. But when the village was emptied, their entire crop was destroyed by wild elephants that came out of the deep forest. “We don’t want to live here anymore. I am scared that this calamity is going to repeat every year. When there is landslide inside the forest, the wild animals also come out. This is no more a livable place,” says Sivarajan, the chieftain of the settlement. However, mainstream Kerala has some lessons to learn from these people. The Paniyas did not ignore warnings and instructions given by authorities and readily shifted when asked to. Though their houses went completely underwater, not a single life was lost.

In other places that saw loss of human lives, people ignored repeated warnings to shift to safer places. Kamalasanan, a forest watcher in Kavalappara at Nilambur, says, “There was a study by the Geology department following last year’s flood. They found that this is a place that has a high probability of landslides and people were advised to shift, but such warnings were ignored.”

Besides the flood, Kerala also has had to deal with apathy. Compared to the exceptional display of solidarity and assistance for flood victims last year, the initial response this time was worryingly cold. Requests for collection drive in the social media were looked at with suspicion. Whatsapp groups and social media platforms allegedly managed by BJP supporters spread fake news that the Chief Minister’s Relief Fund was being misused and misappropriated. The expenditure of CMDRF is a transparent process accessible to anyone in their website. The Chief Minister in a Facebook post requested people not to believe such false propaganda and government authorities came up with meticulous data of every single CMDRF rupee spent since the flood last year. An emotional appeal made by the Kozhikode district collector showing an empty collection centre on the second day of the flood made a huge impact in changing people’s perceptions. Collection centers were soon flooded with materials for relief camps, like clothes, sanitary napkins, mats, blankets, food materials etc.

Every calamity brings a defining image of compassion and humanity. Last year, it was Vishnu, a migrant worker from Madhya Pradesh who made a living selling blankets, walking into a relief camp, donating his entire stock of blankets and silently walking out even without waiting for a word of thanks. This year, it is Naushad, a small time street vendor in Ernakulam who donated his shop’s full stock of clothes for people living in camps. On being asked by the media whether this would be a big loss for him in the time of Bakri-Eid, he said with a timid smile that this was his way of celebrating Eid. “We will not carry anything in our eternal journey. All that I have is God’s gift and I will be gifted again,” he said. 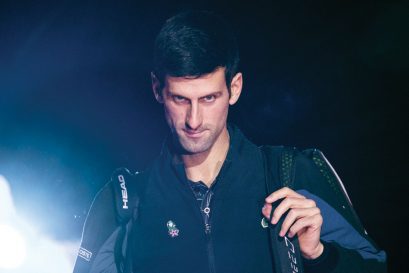 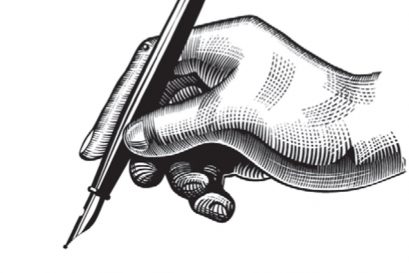