Researchers argue that governments need to include heat hazards in their disaster management manuals. In India, heat relief gets insufficient attention 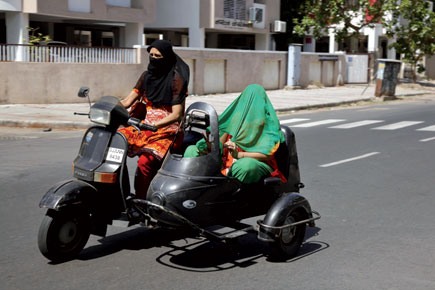 People in large parts of north India and in Telangana and Andhra Pradesh in the south might be feeling as if they are living in a furnace—and, as May nears its end, one whose temperature seems to have no limit. A heat wave has reportedly claimed over 1,000 lives so far and is likely to get deadlier. Temperatures are soaring to 48° Celsius in some parts.

The worst-hit states are Andhra Pradesh and Telangana, which have recorded over 852 deaths so far. People have been asked to take precautions such as using an umbrella or cap, consuming copious amounts of water or buttermilk, and wearing light cotton clothes.

A heat wave is defined as an extended period of extreme heat. It could be the result of a high pressure formation 3,000–7,500 metres above sea-level that strengthens and stays above a certain region for several days or even weeks. This is a common occurrence in summer months in both the Northern and Southern hemispheres.

Heat strokes, however, are not all that imperil human life under such hot conditions. Heat strokes mostly result in same-day deaths. But some people may also fall victim to common respiratory diseases that don’t cause instant illness. Authorities need to keep a tab on such dangers as well. Many researchers argue that governments need to include heat hazards in their disaster management frameworks. In India, heat relief gets insufficient attention. Yet, since it is usually the hapless poor who die from heat waves, welfare measures to counter the rising mercury are imperative. For now, just getting temperature projections right is something of a challenge. The Indian Meteorological Department, for example, is unable to say with confidence when this heat wave will end.