Thug Behram, of the Thuggee clan, reportedly killed more than 900 people with his ceremonial cloth. 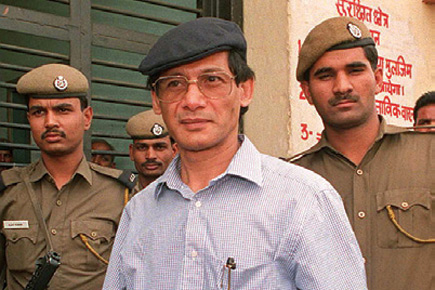 Thug Behram, of the Thuggee clan,  reportedly killed more than 900 people with his ceremonial cloth.


The discovery of a series of rapes and murders in a Mumbai slum has led to speculation that a single serial killer is responsible for the crimes. The victims are all girls younger than 10 years old. The first body appeared in February, and the third appeared on 20 June, two weeks after she went missing. The police have few clues so far, which is hardly an unusual thing considering the record of Indian cops chasing serial killers.

In the storied history of Indian serial killers, there has been more than one Stoneman (killers who used large stones as a weapon). There’s been one Beerman (who left a beer can beside his victims), one Auto Shankar (a rickshaw driver who claimed films had made him evil), and a few art students, among others.

The serial killer who best captured India’s imagination is Charles Sobhraj, a half-French half-Sindhi psychopath who murdered people to cover previous murders. Dubbed ‘bikini killer’ by the press, he’s currently serving time in Nepal. He is married to an inmate, and has appealed to French President Sarkozy to intervene. He claims the Nepalese government has arrested him because it is racist.

Another famous serial killer was Raman Raghav who killed pavement dwellers in the late 60s by bludgeoning them. The police got him to confess after they humoured his request for a chicken dish.

But few serial killers possess the aura of Thug Behram, who belonged to the Thuggee clan. He reportedly killed over 900 people with his ceremonial cloth. But a website on famous serial killers says: ‘Behram had merely estimated he had been present at 931 cases of murder, the killings themselves being committed by a gang of 25 to 50 men, at least half a dozen of whom, other than Behram… would have played an active role as stranglers.’ Still, Behram is quoted as saying: “I may have strangled with my own hands about 125 men, and I may have seen strangled 150 more.”