Chan first met Zuckerberg at a party in 2003, when they were both standing in line for the bathroom 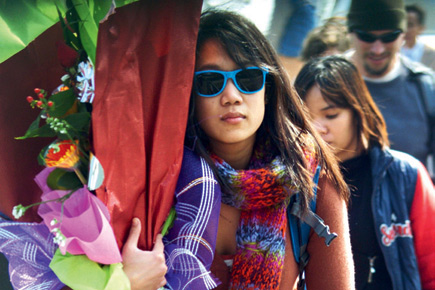 Chan first met Zuckerberg at a party in 2003, when they were both standing in line for the bathroom


Priscilla Chan, who recently married her long-time boyfriend, Facebook founder Mark Zuckerberg, was born in Braintree, Massachusetts to a family of Chinese-Vietnamese immigrants. Her father Dennis Chan, who arrived in America with his family in the 1970s, struggled initially and then opened a Chinese restaurant, where he would reportedly spend over 18 hours a day.

To make ends meet, her mother Yvonne worked at another restaurant. Chan was raised largely by her grandmother who spoke no English.

She studied in the state-run Quincy High School in the working-class town of Quincy, near Boston. After topping her class, she studied biology at Harvard where she met Zuckerberg. While Zuckerberg dropped out of Harvard after founding Facebook and moved to California, she remained at the university. After Harvard, she attended medical school and graduated as a paediatrician a week before her wedding.

Priscilla has already introduced Zuckerberg to her Asian roots. The couple travelled to Vietnam last December and to China in March. Chan first met Zuckerberg at a party in 2003, while they were students at Harvard. They were both standing in line for the bathroom. “He was this nerdy guy who was just a little bit out there… I remember he had these beer glasses that said ‘pound include beer dot H.’ It’s a tag for C++. It’s like college humour but with a nerdy, computer-science appeal,” Chan told the New Yorker.

It was Chan who inspired Zuckerberg to start an organ donor programme on Facebook. In May, the company announced that members could share their donor status and register to become a donor.