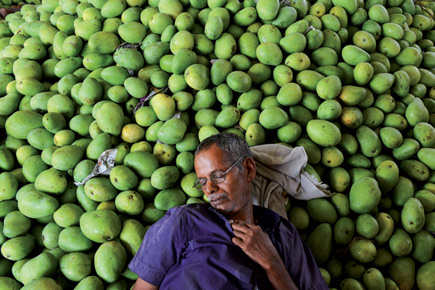 The European Union recently banned the import of mangoes from India. The move came about after 207 shipments of fruits and vegetable from India were found to contain pests. While the pests pose no risk to public health, authorities are worried that the tobacco whitefly might destroy tomato and cucumber crops in Europe. The Department for Environment, Food and Rural Affairs in the UK claims the ban is necessary. Otherwise, the pests could threaten the country’s £321 million-worth salad crop industry of tomatoes and cucumbers.

Apart from mangoes, eggplant, taro plant, bitter gourd and snake gourd have also been banned. Annually, some 16 million mangoes are imported from India, a market that is estimated to be worth around £6 million. The ban is due to run from 1 May 2014 to December 2015, although some are hopeful that they will be able to get the EU to change its mind.

Apart from traders in India, wholesalers and retailers in Indian-dominated regions of the UK have opposed the ban. Keith Vaz, an MP of Indian origin, has written to the European Commission president to reverse the decision. According to reports, he has also written to Indian Prime Minister Manmohan Singh to find out if the Indian Government was consulted on the matter.

The ban is, however, expected to rapidly bring down the price of the fruit in the Indian market. According to traders in Mumbai, as quoted in various news reports, prices of export quality mangoes have already dropped by almost Rs 500 per box from the usual Rs 3,000. A CNN-IBN report says, in major markets like Mumbai, Delhi and Bangalore, the prices of Alphonso mangoes have fallen by Rs 100-150 per kg. Prices are supposed to further dwindle in the next few weeks as the Middle East market, which also imports a large quantity of mangoes, gets saturated.