From 22 states when the Indian republic was born, the count will go up to 29 if Telangana is carved out of Andhra. A one-minute guide to the new states of India. 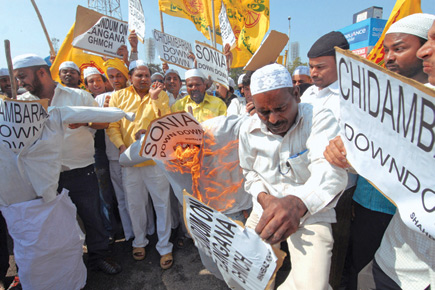 From 22 states when the Indian republic was born, the count will rise to 29 if Telangana is carved out of Andhra. A one-minute history.


When a country fails—the Soviet Union, for example—the first thing to go is the ability to hold itself together. India is nowhere near that point but it has had its share of breakaway states since becoming a republic on 26 January 1950.

On 1 October 1953, the state of Andhra was carved out of Madras State (which came to be known as Tamil Nadu later). On 1 November 1956 was born the state of Andhra Pradesh after including the former princely state of Hyderabad. Then on 1 May 1960,  as per the diktats of the Bombay Reorganisation Act, the state of Bombay was split along linguistic lines into Gujarat and Maharashtra.

Nagaland was conferred statehood on 1 December 1963. Three years later, The Punjab Reorganization Act of 1966 divided the Punjab to create Haryana on 1 November. The northern districts of Punjab were transferred to Himachal Pradesh. (Chandigarh was given the status of a Union Territory and the ‘shared capital’ of Punjab and Haryana.)

The Union Territory of Himachal Pradesh turned state on 25 January 1971. Manipur, Meghalaya and Tripura followed suit soon after on 21 January 1972. The Kingdom of Sikkim, till then not a part of India, joined as a state on 26 April 1975.

In 1987, Arunachal Pradesh and Mizoram were granted statehood on 20 February 1987. Goa, after being ‘liberated’ from the Portuguese in 1962 (recognised by the erstwhile colonial rulers only in 1974), followed suit on 30 May the same year.

Come 2000, three new states were born. The first to emerge was Chhattisgarh (on 1 November) out of eastern Madhya Pradesh. Eight days later, Uttaranchal, (9  November), now Uttarakhand, was manufactured out of northwest Uttar Pradesh. The week after, Jharkhand (15 November) crystallised from the nether regions of Bihar.

On 9 December 2009, Union Home minister P Chidambaram announced that the state of Telangana will be gouged out of the heart of Andhra Pradesh. Long back in the days when I was still in school, India had 22 states. Today that number stands at 28 (not counting Telengana). So who’s next?