Fighting without headgear will reduce the risk of concussion 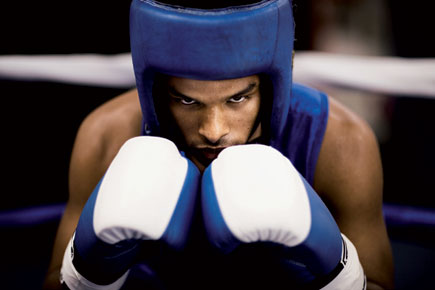 Fighting without headgear will reduce the risk of concussion


Protective headgear has been banned in male amateur boxing by the International Boxing Association (AIBA) with effect from 1 June. This means that male boxers will not wear protective headgear for the first time since the 1984 Olympics, when it was introduced. This, it is believed, will reduce boxers’ risk of concussions. It will also take Olympic boxing closer to the professional version and make it more appealing to youngsters. The headgear ban is restricted to male boxers at the elite levels of AIBA competitions. Women boxers and younger fighters are excluded as they are not strong enough to cause concussions.

According to the chairman of AIBA’s medical commission, Charles Butler, fighting without headgear will reduce the possibility of concussions and head trauma. It has been argued that while headgear absorbs the impact of blows, boxers also sustain more head shots, and with lasting effect. Its bulkiness, especially at the sides, also affects a fighter’s vision and impacts his ability to dodge blows. Also, the gear does not protect a boxer’s chin, which is where most fighters receive knockout blows. Butler, who headed the study that served as the basis for this new rule, agrees that without headgear, boxers will be at a greater risk of cuts, but chances of concussion and head trauma will reduce. He told WSJ, “If you get a cut it will heal; if you break a bone it will heal… If you can’t recognise your grandchildren, it’s a disaster.”

Boxing became an Olympic sport in 1908. Protective headgear, along with the presence of ringside doctors, was introduced in 1984 because of medical concerns. The American Medical Association had moved to ban boxing in 1982. AIBA says this caused panic, leading to the introduction of headgear without checking if it had any side effects.