Agarwal was 22 when he started a business collecting scrap from cable companies and selling it in Bombay. 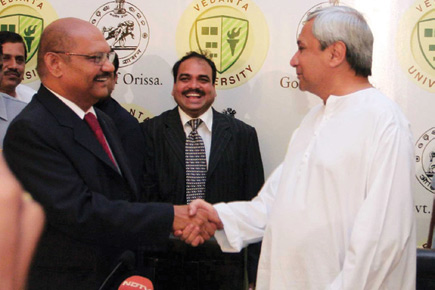 Agarwal was 22 when he started a business collecting scrap from cable companies and selling it in Bombay.


Three things happened to Anil Agarwal over a week. He almost bought an oil company, he almost became India’s richest man, and he has lost a mountain of bauxite.

On 16 August, his company, Vedanta, announced it would be buying some 51-60 per cent of Cairn India. The price could go up to Rs 45,000 crore, but that was not a deterrent. Vedanta had cash reserves of Rs 37,000 crore. Newspapers pulled out calculators and estimated that with this, Agarwal’s personal worth would be Rs 20,000 crore more than the richest Indian tycoon, Mukesh Ambani.

Then the bad news began to pile up. ONGC decided to pitch for Cairn. Which meant Agarwal would now have to get the Indian Government off his back. This was followed by the Environment Ministry scrapping a bauxite mining project of Vedanta in Orissa’s Niyamgiri Hills. Within days, headlines had transformed him from a man of vision to corrupter of government regulations.

Agarwal came from Patna to Bombay in 1976. He was 22 when he started a scrap business, reportedly collecting scrap from cable companies in other states and selling it in Bombay. He then bought a cable company. As the company grew, he integrated backwards to produce copper, which is needed for cables. Then, there was aluminium, zinc and iron ore. And now, Vedanta has annual revenues of close to Rs 30,000 crore from mining.

Mining is a sordid chapter in the history of every nation’s development. In India, Maoists have co-opted this anger into their battle to overturn the State. On NDTV, Agarwal said: “I only know wherever we work we have tremendous peace… we look after people and they are very happy.” If Home Minister P Chidambaram, once a director of Vedanta, shares this rosy optimism, India is decidedly not headed for tremendous peace.