Despite the merger of Air-India and Indian Airlines, there are still different policies for their pilots 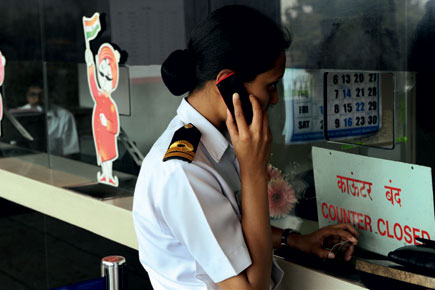 Despite the merger of Air-India and Indian Airlines, there are still different policies for their pilots


The Air-India pilots’ strike has already cost the exchequer Rs 150 crore. While Civil Aviation Minister Ajit Singh is adamant that he will hold talks only after the pilots withdraw their strike, the pilots refuse to do so. So far, 71 pilots have been sacked for being on strike.

According to the Indian Pilots Guild, the association of Air-India pilots leading the strike, there are a number of issues at stake, from untimely payment of salaries to ‘career progression’. These pilots want to be given preference over their counterparts from the erstwhile Indian Airlines in training to fly Boeing 787 Dreamliners. According to the striking pilots, since they already fly other Boeing aircraft, they will require less training.

Flying these aircraft will have its perks—international flights, fatter salaries, more rest hours and job opportunities abroad. Another contentious issue is that despite the merger of the two airlines, there are different policies for their pilots. An Air-India pilot can become a commander after flying with the airline for 10 years, while one from Indian Airlines needs only six years for such a promotion.

Government authorities believe the strike is ill-timed. The Government has recently announced a Rs 30,000 crore bailout package for Air-India, and the strike in peak season has led to international flights being cancelled.

Most experts point to the merger of Air India and Indian Airlines as the reason for the airline’s financial mess. The two airlines began to show signs of financial distress in 2006-07, just before the merger. Then they made combined losses of Rs 770 crore. By March 2009, this figure had sky-rocketed to Rs 7,200 crore. As of March 2011, Air-India has accumulated debt of Rs 42,570 crore and operating losses of Rs 22,000 crore.