Reportedly, the couple could not wed earlier because Yash and Pamela Chopra were fond of Aditya 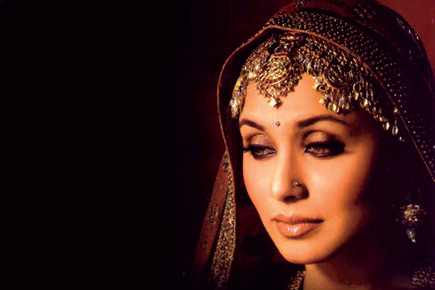 Reportedly, the couple could not wed earlier because Yash and Pamela Chopra were fond of Aditya

Two top Bollywood personalities, filmmaker Aditya Chopra and actress Rani Mukerji, recently got married in Italy. Conducted secretly in the presence of select friends and family members, the media was intimated via press statements only a day later.

The couple have been rumoured to be romantically involved for at least half a decade, though they have always denied it. Aditya, the eldest son of filmmaker Yash Chopra and the head of Yash Raj Films, Bollywood’s most successful production house, is known to be a recluse. He rarely attends events and never grants interviews. He was earlier married to a childhood friend, an interior designer named Payal Khanna. It lasted eight years (from 2001 to 2009). It is rumoured that his marriage was close to collapsing in 2006. This was when he started dating Rani, who was working in a number of Yash Raj Films’ productions.

According to media reports, the reason the marriage did not take place earlier is that Aditya’s parents, Yash and Pamela Chopra, were fond of Payal. However, after Yash’s death last year, the relationship between Rani and Pamela improved. Since then, Rani was seen in the Chopra home at a number of family events. Some media reports say the marriage was conducted now because the health of Rani’s father, Ram Mukherjee, is deteriorating and he wanted his daughter wed soon.

There has been much speculation about the couple’s wedding since last year, with some reports claiming they were to be married in February this year. They had to apparently reschedule the date due to work commitments. Some other reports claim that the couple got secretly married in 2012. They were reportedly unable to open up on their marital status last year because of Yash’s untimely death.