They Are Boozers’ Best Friends 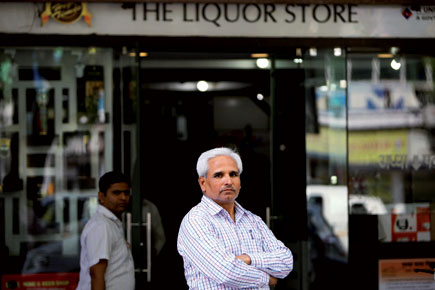 A conversation about a family that lost its main earning member to alcoholism led a group of men in Bulandshahr, UP, to form an association to help such families. Named the Indian Boozers Association (IBA), it has members so far from Bulandshahr, Meerut, Noida and Gurgaon. Funnily though, Hari Angira, president of the IBA, says he has never even had a whiff of alcohol in his life. Angira and his fellow members want the Government to help recovering alcoholics and their often-hapless families.

Dr Sheel Parihar, who suggested the name for the association, is a teetotaller as well. He says the IBA’s main purpose is to highlight the problems that drinkers face. “The state machinery and district machinery have to get involved in this, as they have to understand the problems of boozers,” he says.

The IBA holds fortnightly meetings where members discuss what can be done about and for alcoholics. “We wish to change the inhuman behaviour that society has adopted towards alcoholics and their families,” says Angira, who has been a social worker for several years. “Just because your blood has a certain amount of alcohol that is detected by a breathalyser doesn’t mean you’re dangerous to society,” says Dr Parihar.

The group is neither against alcoholics, nor does it celebrate alcoholism. The IBA believes that alcoholics should not be penalised by society or the Government. The group wants better rehabilitation and de-addiction centres for alcoholics, and clearer warning signs—for example, at ‘wine and beer’ shops, which the IBA argues ought to display proper information on the health risks of what they’re retailing. “We want transparency in this industry and its dealings with the Government, so that the revenues made [by taxing] the alcohol industry reach people who’re actually working on the ground,” says Dr Parihar, referring to farmers who grow raw material for booze.