The Truth About Campus Life 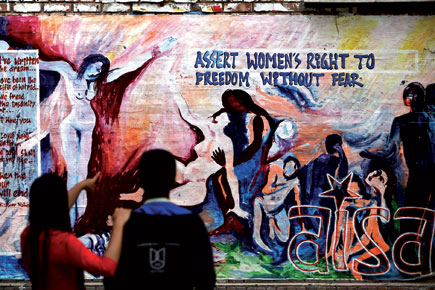 
DELHI ~ For a university that has nurtured India’s feminist movement, Jawaharlal Nehru University (JNU) is the pits when it comes to sexual harassment on campus. A survey finds it to be so ‘widespread’ that only four per cent of female students said they had never been sexually harassed. As many as 30 per cent of male students said they had been.

The survey was conducted online by Professors Ayesha Kidwai and Madhu Sahni to study gender relations on campus after a 23-year-old boy hacked his girlfriend to death in a classroom on 31 July. He later committed suicide by consuming poison.

‘Respondents identify a number of ‘hotspots’ of sexual harassment, with canteens or dhabas emerging as the main ones,’ the report states. Most respondents said that stalking, sharing pictures online without consent or making sexually suggestive remarks constituted sexual harassment. Many male respondents also cited ‘forced sex in the boys hostel and creating [an] MMS’, ‘abusive messages and images inscribed on toilet walls’, and ‘false/true discussion about intimate relations by self or by others, violating the privacy of the concerned student’ as examples of sexual harassment.

The survey also looked at violence within relationships. About 21 per cent of respondents reported that they have been in or continue to be in relationships involving physical and emotional abuse. Physical abuse was found to be directed mostly towards woman. Men’s experience of abuse was predominantly emotional. A few male respondents believed that ‘a woman’s rejection of their advances’ was abusive.

The survey also found 63 per cent of respondents critical of the conduct of male teachers in dealing with women. A female student said, “One professor at my centre makes abusive derogatory comments about women in general and particularly about feminist scholars.” Another student says: “There is a faculty member in my centre who stares quite openly at women during seminars, and even if he sees me with my female friends outside or anywhere on campus.”