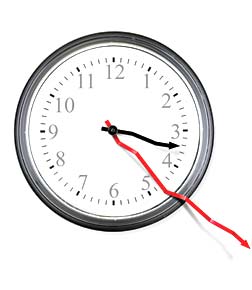 What do you do when your friend gets laid off? Especially from an industry that once gave him such a great deal


Another friend in the financial services industry lost his job recently. By the time he told us, the family had decamped to Bangalore, their children were out of playschool, the nanny was on notice, and the landlord was preparing to re-let their South Mumbai home, company leased for over Rs 2 lakh a month. Since late 2008, these conversations have become painfully frequent, especially for families like ours, with husbands and fathers in banking and finance. But no matter how much I understand what they must be
going through, I can’t figure out anything more useful to do than empathise. What is the appropriate conduct when a friend or acquaintance has lost a job? Especially one in which the going was so good for so long.

Condolence messages always have a tinge of the phoney in them because you can never really understand a pain that is not your own. And when it comes to bereaving a job, how sincere can friends who’re glad the axe missed their neck be? A Google search offered more what-to-do’s for when you lose your job. Only one site offered tips to console others: ask them to network with you, offer your home office, offer to babysit, and really listen. I can’t think of many investment-banking wives who would open their hearts about losing everything from club memberships to cars.

When American friends lost jobs, they formed book clubs and rugby teams to fill their weekdays, and shared job-hunting strategies. They didn’t see themselves as social outcasts; they read Michael Gates Gill and blogged about their recession experience. But in India, those ejected from their Herman Miller office chairs
simply disappear from the corporate social scene. You don’t see them again at parties, and everyone stops talking about ‘The Missing’. Are we culturally inept at sharing the grief of losing our livelihood? Probably, but it also seems impolite and even ominous.

It has been a terrible year for almost everyone, but for finance types, there’s been karmic vengeance. Since 2003, when professionals from the global financial sector were headhunted to return home to be a part of the ‘India Growth Story’, words like ‘banking’, ‘private equity’ and ‘hedge fund’ became passwords to
denote folks who spent well and lived large. Everyone moved into South Mumbai apartments secured by fastidious real estate agents and set up with the help of coordinators who could get you everyone
from the best painter to a charming Goan cook. And while all of us bemoaned the lack of green spaces and
kitchen control, we enjoyed the sudden increase in household staff, and the ability to ‘organise’ dinner, rather than ‘cook’ it.

So, when one of us loses a job, you know exactly how much money he stands to lose, you’ll wonder if he saved well in the good years, and that you’ll have to smile encouragingly when he says he’s become the CFO of an Indian startup. Really, what’s the consolation?