SS Rajamouli: Wizrd Of the South 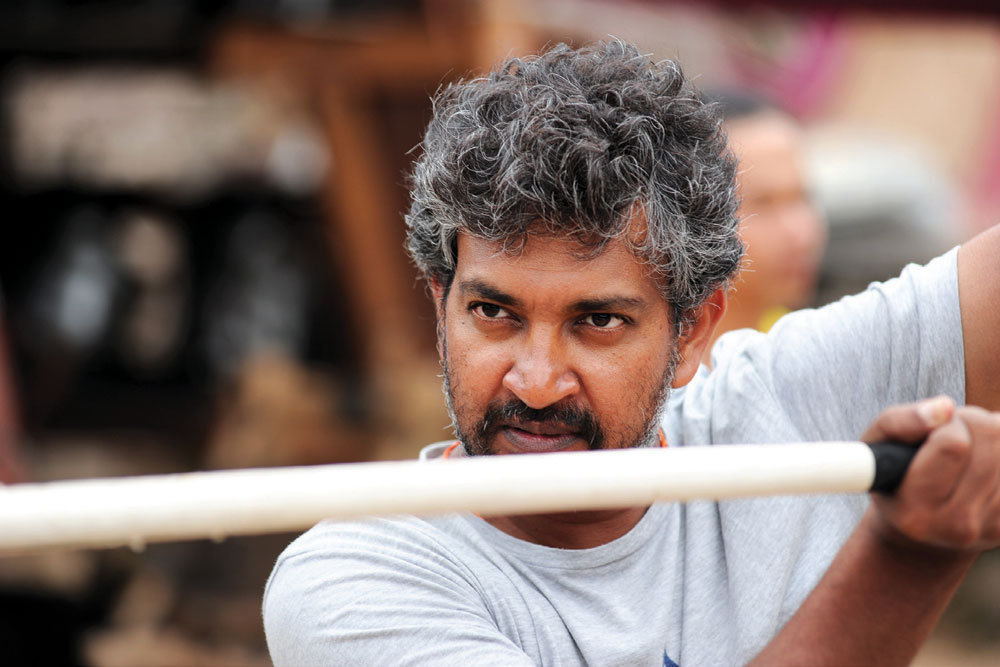 BACK IN 2012, when the Bollywood film Bol Bachchan—a silly action comedy directed by Rohit Shetty—was released, it became one of the year’s most commercially successful films. When the film’s lead actor and producer Ajay Devgn was taking stock of the movie’s business, he was told that the film was a super-hit except in one city, Hyderabad. The star recounted the episode to some journalists then. “I asked what was this film that beat mine? And someone told me a film about a fly was a bigger hit there.”

The film in question was the SS Rajamouli-directed Telugu film Eega (Naan Ee in Tamil). Rajamouli is a well-known name in the South, but relatively less familiar in other parts. Eega had an all too familiar Indian film trope—a rebirth-revenge saga. Except—in a clever if not absurd subversion— the hero is reborn as a housefly. According to one interpretation, the film was an allegory on the superstar cult of South Indian cinema. And it wasn’t just a clever film. It grossed over Rs 130 crore and became one of the biggest hits in the South that year. The film was typical Rajamouli fare: a high-concept film mixed with elements that work commercially.

After the film’s success in the South, Rajamouli released a Hindi-dubbed version of Eega, Makkhi, some part of which was voiced by Devgn, in the rest of the country. It was apparent that Rajamouli wanted to step out of his backyard. But for some reason, Rajamouli didn’t work in the Hindi film industry. So he went back to the South, and began to work, as people began to hear, on something ‘epic’.

In a country whose film industries use little technical or creative innovation, the Telugu filmmaker has regularly been using topnotch special effects

Earlier this week, that epic production, Baahubali: The Beginning, resulted in two National Film Awards, for the Best Feature Film and the Best Special Effects. Rajamouli himself was awarded the Padma Shri.

In a country whose film industries use little technical or creative innovation, Rajamouli has been regularly using top-notch special effects. The 2009 reincarnation drama Magadheera, one of Telugu cinema’s blockbusters, and Eega, both had generous uses of VFX. He used technical wizardry again for Baahubali, a two-part fantasy film about two warring brothers, the first of which was released last year. A third part for the film has recently been announced. Baahubali: The Beginning, said to have cost around Rs 120 crore to make, was a visual effects spectacle like nothing seen in India before, irrespective of language. The film has, along with the Hindi films PK and Bajrangi Bhaijaan, become one of the three highest-grossing Indian films of all time. It became the first South Indian film to make over Rs 600 crore worldwide.

In a way, Rajamouli’s work has long been familiar in the Bollywood industry. Two of his films, Vikramarkudu and Maryada Ramanna have been remade in Bollywood as Rowdy Rathore and Son of Sardaar respectively, becoming instrumental in establishing the template of action comedies that continue to remain the Hindi film industry’s most trusted recipe for success. With the Baahubali trilogy, perhaps it will also usher in some technical innovation and creativity in the Bollywood film industry.