Filling Up the Empty Vaults 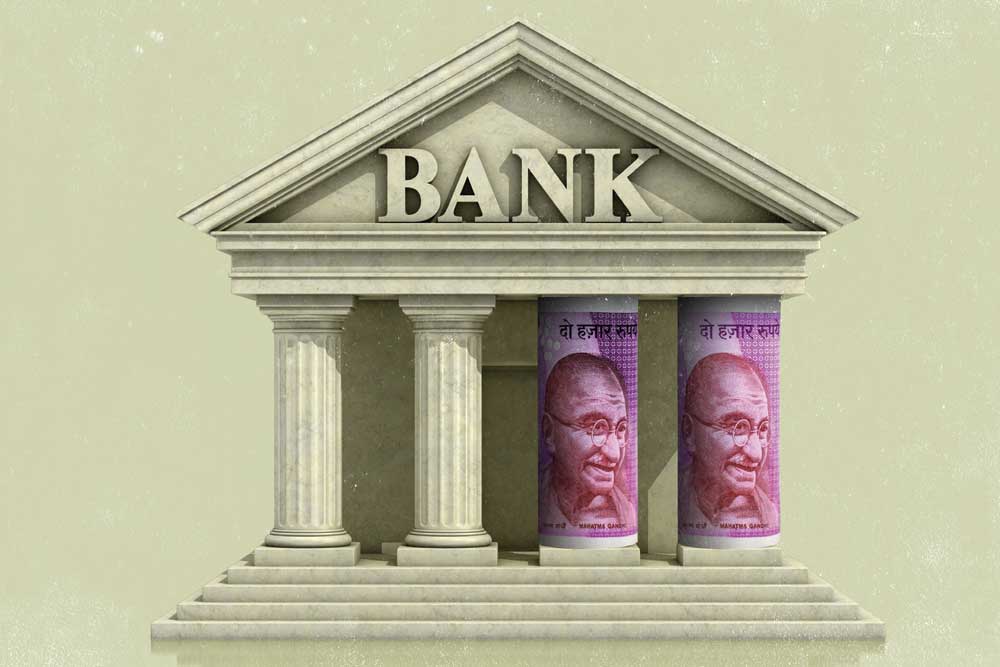 IT IS NOT hard to find half-finished highways and roads in India. From the bends in hill states of the North to the floodplains in the East, ‘missing roads’ are for everyone to see. In the earlier days of the licence-permit raj, the explanation would be that contractors built roads that washed away after the first hint of rains.

These days something else is at work: highways don’t get built in the first place. The number of stalled projects in the country—including roads, industries, construction, electricity and other areas—rose to an alarming Rs13.22 trillion in September this year, the highest amount until now and the fifth quarter in a row when the number, and money value, of unfinished projects has gone up.

In ordinary times, these delays and over-runs would concern those who were implementing them. Now, however, their cumulative drag threatens to take down the lenders who advanced the money for these projects. The majority of these lenders are public sector banks who now find themselves in dire straits. This is the sum of the so-called twin balance sheet problem where banks can’t lend and borrowers don’t want to take more. Now, this is not just about banks and project developers anymore: the vortex threatens to take down the Indian economy with it.

The magnitude of the problem from the banking side defies belief: the total amount of Non-Performing Assets (NPAs) or loans that have gone bad is in excess of Rs 7 trillion. This pile of bad loans has not emerged overnight but has been building steadily over time.

Finally, on Tuesday, the Union Government took the drastic step of infusing money into public sector banks. Finance Minister Arun Jaitley said the Government would inject Rs 2.11 trillion into the banking system. Of this, Rs 1.35 trillion would be in the form of recapitalisation bonds and the remaining Rs 0.76 trillion as budgetary support early next year. The details of the recapitalisation bonds are yet to be worked out.

This is not the first time the Government has tried to help banks by providing funds for recapitalising them. But it is the first time that the quantum of injection has been substantial when compared to the NPA level.

The big question is, will this help the banks and revive investment that has been stalled badly? The manner in which share prices of public sector banks revved up a day after the announcement says that markets expect this to be the case. If only it were that simple.

The build-up of NPAs has its origin in the binge from 2004 onwards. Between 2004-05 and 2008-09 credit from banks, excluding lending for purchase of foodgrains by the Union and state governments, galloped and doubled. This does not include the huge inflows by companies borrowing from financial markets abroad. Those were the boom days of the Indian economy when almost any project touched by an investor seemed to turn into gold. It was also a time of rampant cronyism. From dubious borrowers like Kingfisher—the details only emerged years later—to fly-by-night operators who managed to wangle lucrative projects under the Public Private Partnership (PPP) mode, it was a free for all. Banks did not assess the risks inherent in lending huge sums of money for projects that had a long gestation period but were also subject to other regulatory risks.

The result was a massive hangover after the binge. For many years the problem remained under the radar. It was not until the Reserve Bank of India asked banks to clean up their balance sheets that the full extent of the rot became obvious.

The path forward is not simple even if the Government has started the process of cleaning up the banking system. There are many pieces to the jigsaw. The ideal solution to prevent the same problem would be to privatise public sector banks. Left on their own, these banks would then instill robust risk assessment practices before large-scale lending. This is hard to do as long as the Government remains the majority owner of these banks. The temptation to interfere in their functioning remains too strong. This is what happened in the last decade: from dictating lending to channelling credit along ‘desired’ lines, the previous Government fully dominated the banking system. The current Government has been fairly diligent in taking banking decisions—from appointments to creating a legal support system to resolve loans that have gone bad—but this still leaves plenty of discretion for a future Government that wants to tinker with the system. That can only end when ownership and management of banks are divorced completely.

For political reasons that is not easy to do. Apart from legislative hurdles—many laws will need to be amended or even repealed before banks can be privatised—there are political calculations that are not easy to figure for any government. Opposition at various levels—from Left-dominated bank unions all the way to Parliament—makes this very hard. Repeating cycles of bad loans and periodic crises are another pernicious legacy of Indian socialism.