Why Jamaicans Are Fast 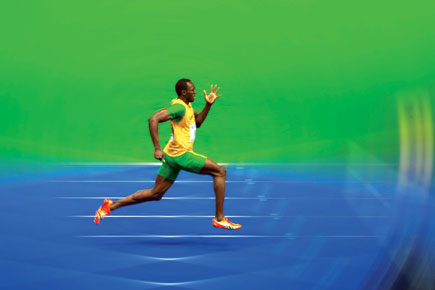 What makes sprinters from the Caribbean, especially those from Jamaica like Usain Bolt, so good? Their success is incredible given that in comparison with other countries, these Caribbean islands have so few people. A new study claims that what sets them apart from equally able sprinters of other regions is not really their physical strength or mental stamina. The answer lies in their knees.

The study was published by researchers from the UK’s Northumbria University in the journal PLOS One. The researchers found that children from Jamaica have more symmetrical legs than others do. And that among Jamaican children, those with the most symmetrical legs, especially the knees, tend to become better sprinters once they become adults, compared to others.

For the study, a group of primary school Jamaican children were followed from 1996 to 2010. In 1996, the children, numbering 288 with an average age of eight, were measured for body symmetry. These measurements included knee width, ankle circumference, finger length, foot length, etcetera. The researchers conducted a follow up measurement in 2006 and measured their sprinting speeds in 2010. Of the 288 children initially studied, 163 of them volunteered to sprint in 2010 (in 90 m and 180 m races).

The researchers found that participants with symmetric legs in 1996 and 2006, particularly knees, tended to volunteer for these sprints and also tended to be faster sprinters when tested in 2010. They also found that Jamaican children had substantially more symmetrical legs than children from the UK.

According to the researches, sprinters from Jamaica appear to have been self-selected for greater symmetry. One of the researchers, John Manning, writes in the journal: ‘Symmetry of the legs (measured in 1996) was greater in our 2010 sample of volunteers in comparison to the non-volunteers of that year. This effect suggests that Jamaican children with high symmetry in the legs will readily take part in sprints when they are young adults… We conclude that high knee symmetry in childhood is linked to an ability to sprint fast in adult Jamaicans as well as a readiness to sprint.’