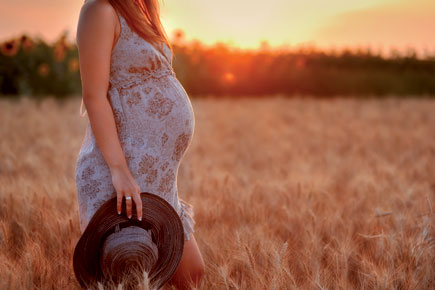 
The lengths of healthy pregnancies have been known to vary between 37 and 42 weeks. In fact, previous studies have shown that only four per cent women deliver on their due date. And scientists have tended to believe that these variations occur because of poor estimates of conception.

Researchers have now found that pregnancies naturally vary from woman to woman. Sometimes by as much as 37 days. According to a study, which was published in Human Reproduction, the average time taken from ovulation to birth is 268 days (or 38 weeks and two days). Most doctors calculate due dates of pregnant women as 280 days after the onset of a woman’s last menstruation.

The study was conducted by researchers from the National Institute of Environmental Health Sciences in Durham, US. It was carried out by examining information from daily urine samples collected by women taking part in an earlier study, which took place between 1982 and 1985 and followed 130 pregnancies from unassisted conception through to birth. The women had discontinued contraception in order to become pregnant. The researchers contacted the participants in 2010 for the current study. They did this to obtain information on their labour and whether birth induction or a Caesarean section had been required.

The authors write in the journal: ‘The length of human gestation varies considerably among healthy pregnancies, even when ovulation is accurately measured. This variability is greater than suggested by the clinical assignment of a single ‘due date’. The duration of previous pregnancies may provide a useful measure of a woman’s ‘natural’ length of pregnancy and may help in predicting an individual woman’s due date.’