By planting a false memory in rats, scientists show humans can have faulty memories too 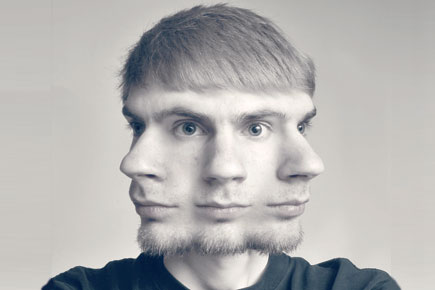 By planting a false memory in rats, scientists show humans can have faulty memories too


In the science fiction thriller Inception, a team of individuals has the ability to plant ideas or memories in another’s subconscious. As it turns out, such a possibility may not always remain the stuff of science fiction. A group of scientists from Massachusetts Institute of Technology has successfully implanted false memories in the brains of mice. According to Science, where their research was published, these false memories can be easily induced and are just as strong as real memories.

The researchers managed to encode memories in the brains of mice by manipulating individual neurons. Memories of experiences are recorded as engrams in brains. These engrams are encoded in physical and chemical changes in brain cells and in connections between them. For this experiment, the scientists inserted a gene for a protein that is sensitive to light. This allowed them to turn cells in the hippocampus area of the brain—which is involved in forming memories—on or off by exposing them to light.

In the experiment, the researches placed mice in a chamber for a day and allowed them to explore it. The mice thus acquired a memory of the environment and its safeness. The next day, the same mice were placed in a second chamber and given a small electric shock. At the same time, they shone a light into their brains, thereby triggering memories of the first chamber. In the next part of the experiment, when the mice were placed in the first chamber, where they had previously roamed freely, they froze with fear. According to the researchers, this occurred because when they were reliving the memory of being in the first chamber an electric shock was administered, thereby causing a false association to form. The same mice were later put in a third chamber, where they were not given any light flashes or shocks. They remained unafraid.

The lead author of the study, Susumu Tonegawa, a Nobel prize-winning scientist, told The Guardian, “Humans are very imaginative animals. Independent of what is happening around you in the outside world, humans constantly have internal activity in the brain. So, just like our mouse, it is quite possible we can associate what we happen to have in our mind with bad or good high-variance ongoing events. In other words, there could be a false association of what you have in your mind rather than what is happening to you.”