Atomic clocks can now measure differences in the passage of time for objects separated by a foot’s height on the earth’s surface. 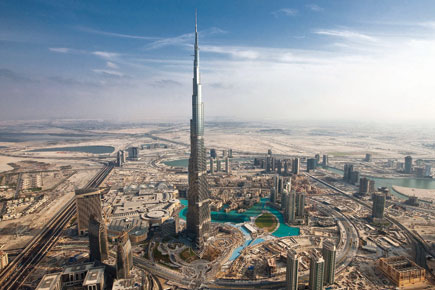 Atomic clocks can now measure differences in the passage of time for objects separated by a foot’s height on the earth’s surface.


Einstein’s theory of relativity by now has been confirmed time and again, so what a new series of experiments reveals is the precision of modern instruments and the effect of relativity where we don’t expect any. One of the fallouts of relativity is that on earth time moves faster at higher altitudes than lower altitudes. Time, according to relativity, is affected by acceleration, and since gravity is just another way of expressing acceleration, we can think of lower gravitation at higher altitudes resulting in faster passage of time. The only problem with such a calculation is that the difference in the passage of time is so minuscule on the surface of the earth that it was impossible to measure it directly—till recently.

According to a press release issued by the National Institute of Standards and Technology (NIST) in the US, ‘physicists … have measured this effect at a more down-to-earth scale of 33 centimeters, or about 1 foot, demonstrating, for instance, that you age faster when you stand a couple of steps higher on a staircase’. Described in the 24 September issue of Science, the difference is much too small for humans to perceive directly—adding up to about 90 billionths of a second over a 79-year lifetime—but may provide practical applications in geophysics and other fields. NIST scientists performed the new ‘time dilation’ experiments by comparing operations of a pair of the world’s best experimental atomic clocks. The clocks are each based on the ‘ticking’ of a single aluminium ion as it vibrates between two energy levels over a million billion times per second. One clock keeps time to within 1 second in about 3.7 billion years, and the other is close behind. The two clocks are in different laboratories at NIST and connected by a 75-metre-long optical fibre. ‘The two clocks were subjected to unequal gravitational forces due to their different elevations above the surface of the Earth. The higher clock—experiencing a smaller gravitational force—ran faster’.