The Point of Power Dressing 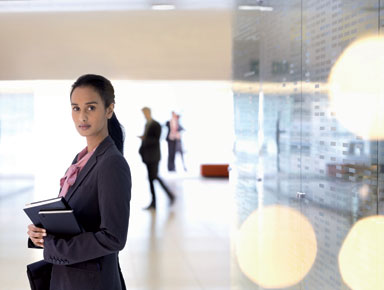 Over the years several offices have become increasingly liberal on employees dress codes. Dressing appropriately, it was believed, influenced the way people viewed you; but in the modern age, it’s the work that did all the talking.

But could there be some truth to the old aphorism, ‘Clothes maketh the man’? And could one’s get-up impact no just the way one is seen by others, but also what goes on in one’s own head?

According to a new research study, conducted by researchers from Columbia University and California State University in the US and published in Social Psychological & Personality Science, the clothes one wears has a definite impact on the psychology of the individual. Being dressed in apparel that’s more formal than usual, they find, makes people think more broadly and holistically than otherwise, and about fine-grained details. Wearing a suit, for example, the researchers say, encourages people to use abstract processing more readily than concrete processing.

For the study, the researchers conducted a series of experiments where they asked a group of college-aged volunteers of both genders to complete tests designed to determine their cognitive processing style at that moment. Before the tests, the volunteers were asked to rank the formality of what they had opted to wear. In some tests, the volunteers were directed to put on ‘clothing you would wear to class’ or ‘clothing you would wear for a job interview’. The researchers found that all the experiments pointed to one thing—those wearing the more formal outfits exhibited a broader and more holistic form of thinking.

But how do sartorial choices impact the way individuals think? The researchers suggest that perhaps formal clothes make wearers feel more powerful, which in turn makes them more likely to adopt a broader and holistic approach to events, or that the formal attire simply improves the mood of wearers, making them think they look good.

The researchers write in the journal: ‘The findings demonstrate that the nature of an everyday and ecologically valid experience, the clothing worn, influences cognition broadly, impacting the processing style that changes how objects, people, and events are construed.’