The Genetics of Violence 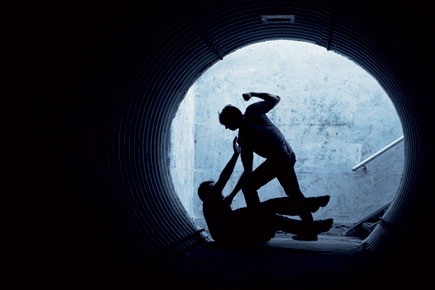 Why do some humans commit unspeakable acts of violence? Are society and the manner in which these individuals are brought up to blame? Serial killers, for instance, are often found to have had childhoods full of abuse and hardship. Or can terrifyingly inhumane acts of violence and evil be all too human, encoded in an individual’s DNA?

A new study, looking at the genetic makeup of 895 criminals in Finland, has discovered a pair of genes linked with extreme violent behaviour. The study, published in Molecular Pyschiatry, compared the genes of a group of non-violent offenders with a group of 78 individuals convicted of violent crimes. This group of violent criminals had committed a total of 1,154 murders, manslaughters, attempted homicides or batteries.

According to the study, five to 10 per cent of all serious crime in Finland can be traced to individuals with this genotype. Individuals who possessed these genes were found to be 13 times more likely to have a history of chronic violent behaviour.

Criminals who committed the most serious crimes, such as murder, were found to exhibit variants of either of the two genes—mono- amine oxidase A (MAOA) and cadherin 13 (CDH13)—to a greater degree than others. MAOA is linked to dopamine levels, a chemical which makes people feel happy, while CDH13 is linked to impulse control. According to the researchers, low dopamine levels associated with the MAOA gene could make its carriers more aggressive when drunk or on drugs. The MAOA gene, sometimes known as the ‘warrior gene’, is associated with higher levels of aggression in response to provocation, while CDH13 has been associated with substance abusers and low impulse control. The researchers write in the journal: ‘No substantial signal was observed for either MAOA or CDH13 among non-violent offenders, indicating that findings were specific for violent offending, and not largely attributable to substance abuse or antisocial personality disorder.’

The genes, however, can’t be used to screen criminals as many more genes may be involved in violent behaviour and environmental factors are known to play a fundamental role.