Tale from the Head

Breakthrough DNA sequencing research takes us a step closer to knowing where we came from. 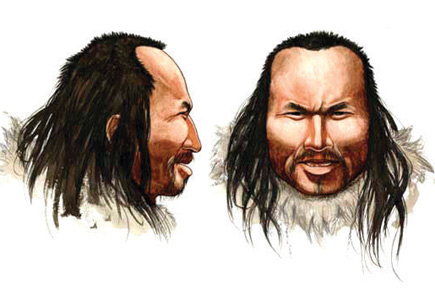 Breakthrough DNA sequencing research takes us a step closer to knowing where we came from.


The power of DNA sequencing has been revealed in a study published in Nature magazine, which provides a near complete profile of a man based on a clump of 4,000-year-old human hair. Scientists say the hair has come from an individual with A-positive blood, brown eyes, non-white skin, thick dark hair, and shovel-graded front teeth, typical of Asian and Native American populations. The person had an increased susceptibility to baldness, dry earwax, and a metabolism and body-mass index comparable to humans living in cold climates. The sequencing project, the authors of the paper state, ‘is a direct test of the extent to which ancient genomics can contribute knowledge about now-extinct cultures, from which little is known about their phenotypic traits, genetic origin and biological relationship to present-day populations.’

As they say, the sequencing not only reveals phenotypic information (how the person looks) but also genetic origin. This DNA came from the Saqqaq people, the earliest known inhabitants of Greenland, and shows that they had moved across the Bering Strait from Siberia only 5,500 years ago, thus providing evidence of a migration that had not been known so far.

One of the unexpected conclusions of the paper is that the Saqqaq are thus unrelated to modern Native American or Inuit populations. ‘This research brings new excitement to the field because it shows us that we can potentially reconstruct not only where people came from, but also what they looked like,’ says David Lambert, an evolutionary biologist from Griffith University in an accompanying commentary to the study.

The study used the latest sequencing techniques, which involve repeated scanning (the genome was scanned 20 times), for greater accuracy in the sequencing. Of course, as Lambert points out, ‘This is an ideal sample of hair, which is very good for preservation of DNA; it’s exactly the right kind of tissue and was found in exactly the right kind of environment. The real 64-dollar question will be: What happens when we start to look at things from temperate or even hot environments, where the survival and recovery of DNA is much lower?’ If indeed comparable samples are obtained anywhere else in the world, our understanding of our past is set to expand enormously.