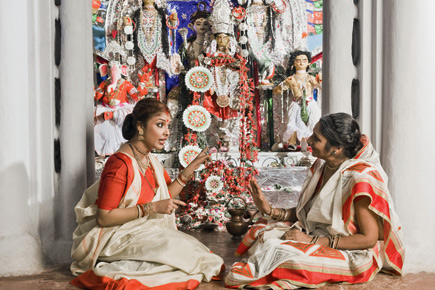 
According to a new study, menopause evolved, in part, to prevent competition between mothers and their son’s wives.

The study—by researchers from University of Turku (Finland), University of Exeter (UK), University of Sheffield (UK) and Stanford University (US)—which could help solve the mystery of why humans, unlike most animals, have evolved to stop reproducing in the middle of their lives, was recently published in the journal Ecology Letters.

For the study, birth and death rates in Finland from 1700 to 1900, before the advent of modern healthcare and contraception, were studied. It was found that women had more grandchildren if they stopped having babies around the age of 50. Grandmas who had kids later in life and around the same time as their daughters-in-law were found less likely to have healthy children who lived long enough to grow into adults.

The researchers claim that one reason for the findings may be that grandmothers could help raise their grandchildren if they didn’t have to look after little ones of their own, but also because of the “reduced competition” between women.

The authors write in the journal, ‘We are so used to the fact that all women will experience menopause, that we forget it is seriously bizarre. Evolutionary theory expects animals to reproduce throughout their lifespan, and this is exactly what happens in almost every animal known, including human men. So why are women so different? Our study shows for the first time that the answer could lie in the relationship between a mother-in-law and daughter-in-law.’

Different theories have been put forth to explain the evolution of menopause in humans, including the idea that it evolved to protect older women against the danger of dying during pregnancy or childbirth. However, fewer than two per cent of the mothers in their mid-forties in pre-industrial Finland were found to have died during pregnancy and childbirth.