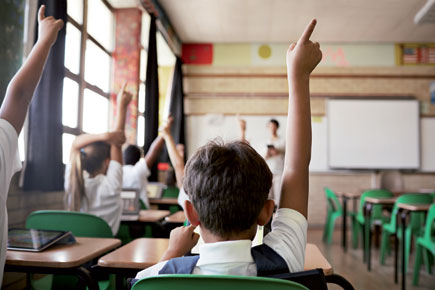 Does learning in children depend only on environmental influences like schooling and home life, or do genetic factors also play a role? And is it true, as a common myth goes, that children can be either good at maths or literature, but very rarely at both? According to a new study, both the environment and thousands of DNA changes in genes combine to help shape a child’s performance at learning. Also, it is not true that children can be good only at either maths or literature; the study found that both mathematical and reading ability are controlled by the same genes.

The research was conducted by scientists of United College London, University of Oxford and King’s College London, and published in Nature Communications. The researchers analysed the influence of genetics on the reading and mathematics performance of 12-year-old children (both twins and unrelated kids) from nearly 2,800 British families. The results of these tests were then analysed alongside their DNA data, which showed a substantial overlap in the genetic variants that influence mathematics and reading.

A University College London press release cites one of the authors, Dr Oliver Davis, as saying: “We looked at this question in two ways, by comparing the similarity of thousands of twins, and by measuring millions of tiny differences in their DNA. Both analyses show that similar collections of subtle DNA differences are important for reading and maths. However, it’s also clear just how important our life experience is in making us better at one or the other. It’s this complex interplay of nature and nurture as we grow up that shapes who we are.”

The finding deepens scientists’ understanding of how nature and nurture interact, highlighting the important role that a child’s learning environment may have on the development of reading and maths skills, and the complex, shared genetic basis of these cognitive traits. The researchers write in the journal, ‘Understanding… these patterns increases our chances of developing effective learning environments that will help individuals attain the highest level of literacy and numeracy, increasingly important skills in the modern world.’