The evolutionary benefits of friendship 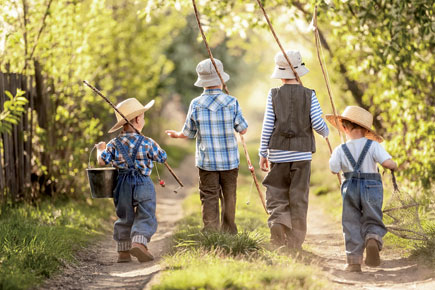 The evolutionary benefits of friendship

Why do we make friends? Could friendship also be serving an evolutionary purpose? A new study has found that humans tend to be more genetically similar to friends than to strangers. According to this study, conducted by researchers at University of California, San Diego and Yale University, and published in Proceedings of the National Academy of Sciences, friends often share the same number of genes as shared by fourth cousins or those who share a great- great-great-grandparent.

The scientists claim that this could be the result of an evolutionary trait of forming social networks. According to them, ancient humans with similar specific genes, because of the survival benefits of staying together, became closer friends, and grow more likely to reproduce and pass on these genes than other people who didn’t have these genes. The researchers claim such a social network understanding of evolution possibly explains why some genes change faster than others.

For the study, the researchers examined genetic variations between nearly 2,000 unrelated subjects. Most of these individuals comprised three generations of Irish- and Italian- Americans from a small town close to Boston. All pairs of individuals who were even slightly related were excluded from this study. When they compared the genetic markers between those individuals who were friends with each other—a total of 1,300 pairs of friends—and also compared individuals’ genes with strangers’, they found that friends share the same level of genetic closeness as what has been found among fourth cousins. The researchers also developed a genetic test: just by examining individuals’ genes they could predict whether pairs of individuals were friends or strangers among 450 participants.

The authors write, ‘More than any other species, humans form social ties to individuals who are neither kin nor mates, and these ties tend to be with similar people. Here, we show that this similarity extends to genotypes… Friends may be a kind of ‘functional kin’. Finally, homophilic (positively-correlated) genotypes exhibit significantly higher measures of positive selection, suggesting that, on average, they may yield a synergistic fitness advantage that has been helping to drive recent human evolution.’