How Fast Can a Drone Go?

The way birds negotiate obstacles suggests that aeronautical drones can fly much faster than they currently do, but there is a limit 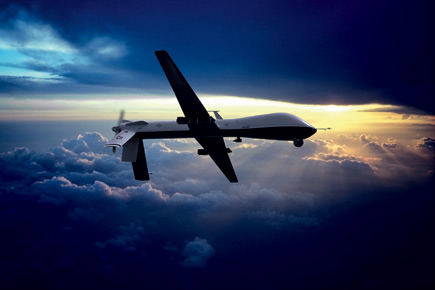 The way birds negotiate obstacles suggests that aeronautical drones can fly much faster than they currently do, but there is a limit


A bird flying through dense jungle, a downhill skier travelling down a forested slope and a drone flying through habitation all need to solve a similar problem: how fast can one safely go without colliding with obstructions in one’s path?

A skier speeding downhill usually negotiates a slope by looking for a gap in the trees looming ahead, and then searching for the next opening after the first has been negotiated. The speed at which it is possible to do this safely sets an upper limit for how fast a skier travels. Birds seem to follow much the same principle. But scientists, while designing drones, have taken a very conservative approach.

As Emilio Frazzoli, an associate professor of aeronautics and astronautics at Massachusetts Institute of Technology (MIT), points out, a drone is so programmed that “if I can only see up to five metres, I can only go up to a speed that allows me to stop within five metres, which is not very fast.’’ Frazzoli and PhD student Sertac Karaman proceeded to develop mathematical models to see if this could be changed.

In a paper to be published in IEEE Conference on Robotics and Automation, they detail the results of adjusting the model to represent varying densities of trees, and calculating the probability that a bird would collide with a tree while flying at a certain speed.

According to an MIT release, they found that for any given forest density, there exists a critical speed above which there is no ‘infinite collision-free trajectory.’ In other words, the bird is sure to crash. Below this speed, a bird has a good chance of flying without incident. A similar strategy should, in principle, work for drones. “If I fly slower than that critical speed, then there is a fair possibility that I will actually be able to fly forever, always avoiding the trees,” Frazzoli says. The team is now comparing birds’ behaviour with what Frazzoli’s model can predict. So far, Frazzoli says preliminary results in pigeons are “very encouraging”.