Female brain networks start reorganising themselves around the age of ten, while this takes another five years in males 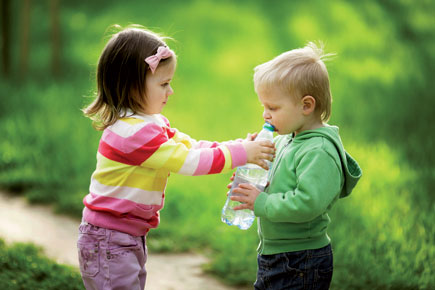 Female brain networks start reorganising themselves around the age of ten, while this takes another five years in males

As the saying ago, girls attain maturity sooner than boys. But is there any scientific truth to such a claim? According to a new study, not only do girls mature faster than boys, it occurs because of a process of ‘pruning’ of the brain.

Researchers behind the study found that as men and women age, excess brain connections are edited away, while those transmitting long-distance signals, which are crucial for integrating information, are preserved. The researchers believe that this selective process of doing away with excess brain connections while preserving long distance ones explains why brain functions improve during such a ‘pruning’ exercise. The researchers also found that in the case of girls’ brains, this march through reorganisation and pruning occurs earlier than boys’ brains.

The study was published in the journal Cerebral Cortex by an international group of researchers led by a team from Newcastle University in England. This research is part of the Human Green Brain project, which examines human brain development. For the study, the brain scans of a total of 121 volunteers between the ages four and 40 were analysed. The scientists found that the reorganisation of brain networks in girls occurred as early as the age of 10, but for boys it took place between the ages 15 and 20. The researchers also found that females tended to have more connections across the two hemispheres of the brain.

In a press statement issued by Newcastle University, one of the researchers, Sol Lim, explained: ‘The loss of connectivity during brain development can actually help to improve brain function by reorganizing the network more efficiently. Say, instead of talking to many people at random, asking a couple of people who have lived in the area for a long time is the most efficient way to know your way. In a similar way, reducing some projections in the brain helps to focus on essential information.’ The researchers believe that the earlier reorganisation in girls makes their brain work more efficiently and reach maturity faster for processing environmental data.