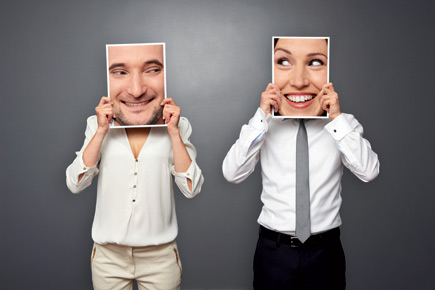 Why are male and female faces different? Why is a man’s jaw more robust than a woman’s? Could it have been that as humans evolved, the face evolved too, with slight variations between men and women?

So far, most scientists have theorised that the beefy faces seen among men today and that first originated in our early ancestors were the result of the need of having to chew hard- to-crush foods like nuts. But new research claims that male faces are the way they are not because of the food they consumed, but because of the millions of years of fistfights our male ancestors have been involved in. According to this research, the robust jaws seen in men have evolved so as to minimise the damage caused during fights.

The study, published in the journal Biological Reviews by researchers from University of Utah, focused their research on the bone structure of australopiths—a species of ape- like bipeds, who are the immediate predecessors of the human genus Homo.

While examining the fossils, researches realised that the strong, sturdy faces appeared roughly at about the same time when australopiths’ hand proportions had evolved to allow them to form a fist. In a fist- fight faces are usually the primary target, and while we can survive a fractured jaw today with modern healthcare, a broken jaw millions of years ago could mean being unable to chew and thus starving to death.

The researchers also found that australopith faces and jaws were strongest in just those areas most likely to receive a blow from a fist. These bones are also those parts of the skull that show the greatest difference between males and females in both australopiths and humans. The researchers theorise that if our hand proportions evolved to allow us to fight with our fists, one can expect the primary target, the face, to have also undergone evolution to better protect it from injury.

The study also indicates that unlike the presumption that ancient humans by and large lived peacefully among themselves, our ancestors were violent and this drove key evolutionary changes.