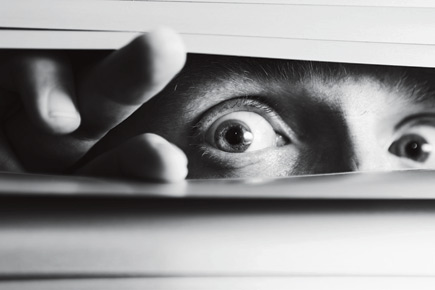 When our eyes squirm in disgust or widen in fear, what is the function they serve? How did facial expressions emerge? Did they arise to help us communicate with others, as a form of social communication signal, as is commonly thought, or did they arise as adaptive reactions to environmental stimuli? Charles Darwin believed in the latter, theorising that ‘emotional expressions’ evolved over time among hunter-gatherers to adapt to the environment.

A new study now supports Darwin’s theory, stating that emotional expressions originated as functional adaptations. For the study, which was published in the journal Psychological Science, the researchers focused on two extreme expressions of the eyes: when they narrow, for example, in disgust, and when they widen, for example, in fear.

They found that eyes widen in fear to boost sensitivity and expand the field of vision to locate surrounding danger. When the eyes narrow, they block light to sharpen focus and pinpoint the source of the disgust. The researchers claim that the two reactions are part of an ‘optical trade-off,’ allowing enhanced visual sensitivity, in the case of fear, or acuity, in the case of disgust. According to the authors, their study shows that facial expressions were a function of survival that maximised how the eyes processed light, and later in social situations it also helped in nonverbal communication. The two methods of visual processing, of narrowing and widening the eyes, thereby provided an advantage in reacting to predators.

The researchers write in the journal, ‘We demonstrated that eye widening enhanced stimulus detection, whereas eye narrowing enhanced discrimination, each at the expense of the other. Opposing expressive actions around the eye may thus reflect origins in an optical principle, shaping visual encoding at its earliest stage—how light is cast onto the retina.’

According to the lead author, Professor Adam Anderson, “These opposing functions of the eye widening and narrowing, which mirror that of pupil dilation and constriction, might be the primitive origins for the expressive capacity of the face.”